Does Baba Booey Need a Jacket to Look Good?

Henry Winkler Stops By the Studio

Henry Winkler Stops By the Studio 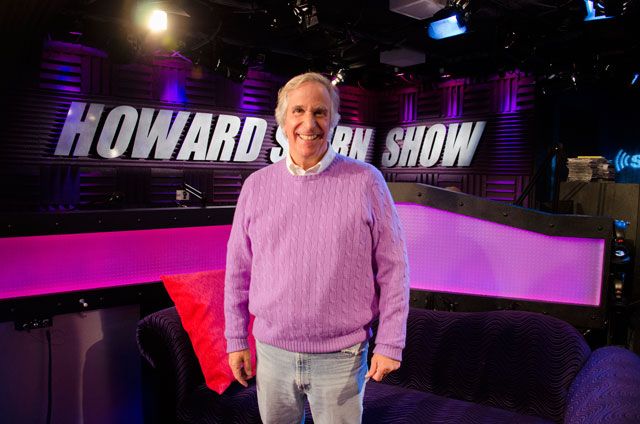 Henry Winkler stopped by to promote his latest film, “Here Comes the Boom,” and told Howard he was “Fonz”-like as a young man. He said his dyslexia left him feeling very uncool. “I thought I was stupid,” Henry said.

Even his parents, first-generation immigrants, called him “dumb dog” in German. To break any potential cycle, Henry has made an effort to parent more carefully: “You have to say to your kid, ‘You know what? I did not mean to say it that way. I’m going to start again.'”

Asked if his storied career had made him a wealthy man, Henry laughed: “Not anymore. I have a daughter.”

But he’s rich with experience–he shared a moment with his very good friend John Ritter just before his death: “I was there, on the set. … He said, ‘Wow, I’m really sweaty. I’m going to go get a glass of water.’ I never saw him again.”

Winkler considers an (unnamed) A-list actor his mortal enemy: “I will not talk about it on the air. One of the worst feelings is to be disrespected.”

Before he left, Henry said he’d met three geniuses in his career. The first was director Garry Marshall. “Truly, he is in another category. Very smart,” he said.

Second, his friend Adam Sandler: “No matter how goofy you think he is, or how shy–whatever it is. The man is in charge of every detail of every movie he makes.”

And third, “Arrested Development” creator Mitch Hurwitz. Howard, clearly wishing for more of a payoff, scoffed: “Who is that, your rabbi?”