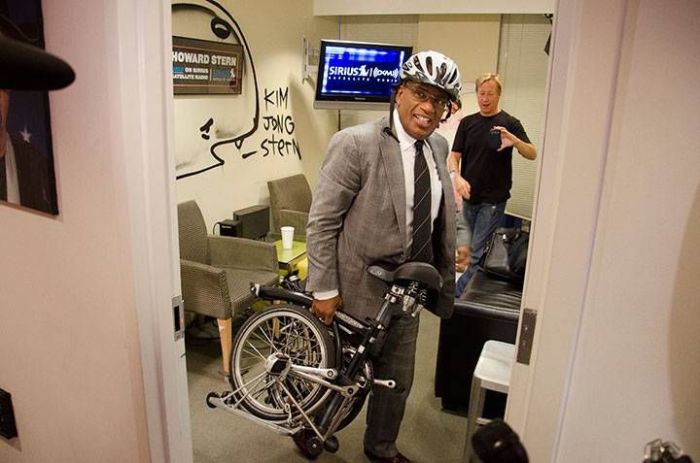 Asked if he was shocked by fellow weatherman Sam Champion’s recent coming out, Al shook his head: “No, no, no. Not at all.”

Al, usually apolitical, said he fully supported Sam: “They have just as much a right to be miserable as everybody else.”

Howard noted that Al rode over from ‘The Today Show’ on a fold-up bicycle, so Al explained: “I love this bike. It’s a great bike. I’ve been doing this on a regular basis–riding back to work and all over the city–for the last six months. I’m most scared about pedestrians, because they don’t look. They just step out on [the street].” Most people actually seem to like seeing him on the road: “I get a lot of thumbs up.”

The Crisis at ‘Today’

Asked about Ann Curry’s recent departure from ‘Today,’ Al said he was sorry to see her go: “Of course, nobody likes to see a friend get fired. And, by the way, let me rephrase it. She wasn’t fired. She was taken off hosting. She still works for the company. She’s still there.” Despite the change, the show’s ratings dip has continued–Al hoped they’d bounce back: “Look, we got a kick in the slats. This is what shows who you are.”

Sharon Osbourne: Likely Out at ‘AGT’ 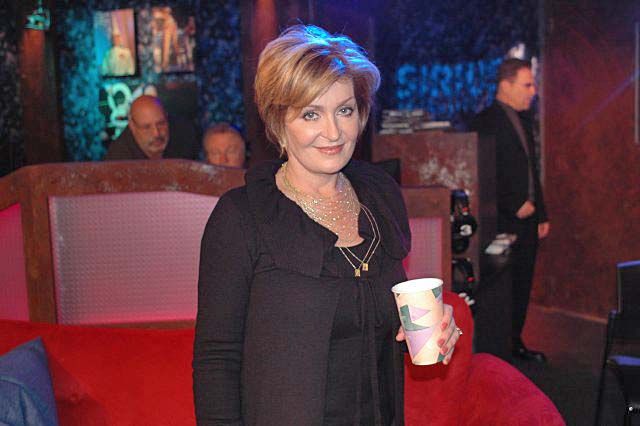 Before he left, Al asked if Howard would return to ‘America’s Got Talent’ next year. Howard said he might, but couldn’t say the same for Sharon Osbourne: “I think she’s out. I called her two days ago. … She got her dander up and NBC had their back against the wall. They felt attacked. And I understand why. But I think it got out of control.”

‘Governor Romney’ On the Line