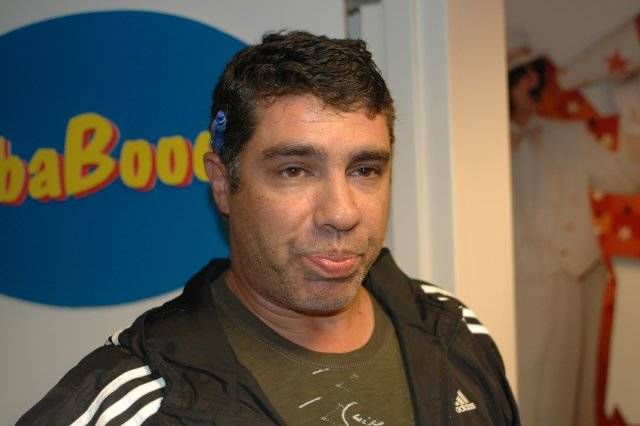 Howard said he and Beth holed up in their apartment during last night’s storm but found little comfort in their luxe surroundings: “They say the better buildings sway with the wind…but I felt like I was on a boat, rocking back and forth.”

Gary then called in from his own home to clarify comments he’d made during yesterday’s show–he didn’t begrudge Howard and Robin’s city apartments “I want to point out to both of you guys that I harbor no animosity or resentment.”

Howard dismissed the argument (“I never said you weren’t loyal. I was goofing on you.”), but picked another, asking why Gary kept pressing him for the “mechanism” by which he’d decide to broadcast today: “The mechanism is I’m going to wake up and see if I can get here!”

When Gary’s connection faltered, Howard moved on, laughing: “He feels guilty not being here and he’s blaming me.”