JD Harmeyer, Jon Hein, and Tim Sabean all step on the scale 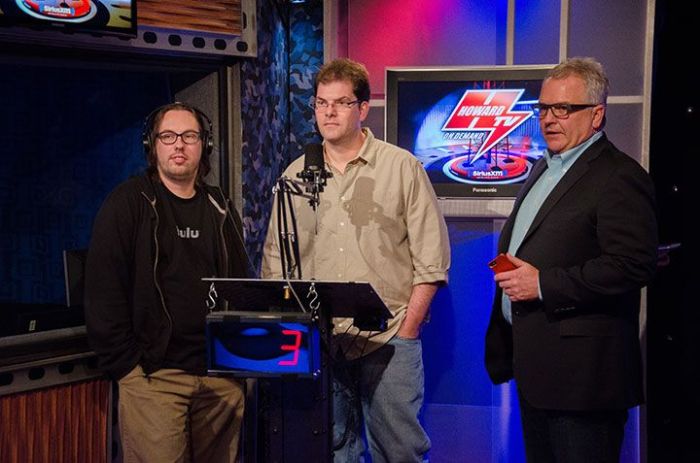 Howard demanded each of the staff step on the in-studio scale before the show broke for Thanksgiving break, as he expects most everyone to gain weight. JD came in at 206 lbs, Jason 265, and Jon Hein 260. Howard was most upset with Jon: “What’s going on with you? Do you want to live?”), saying he spoke about Jon, just yesterday, with his psychiatrist for over 45 minutes: “I paid him $500 to tell him how great Jon is.” Tim Sabean was the last–and most reluctant–of the staffers to weigh in. He stepped gingerly, making excuses (“I’m fully dressed!”), finally coming in at 269 lbs: “You prick. … You’re destroying me.” Tim promised to go on a serious diet, betting Howard that he’d lose 70lbs by January.