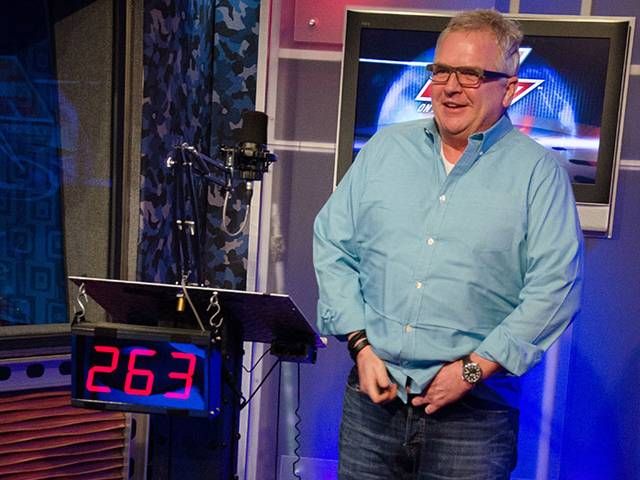 Howard started the show like a disturbed troll (“Who interrupts my vacation? Who? Who would have the nerve to do that?”), immediately demanding a post-Thanksgiving weigh-in. Jason was the first in studio–he weighed in at 265 lbs before Thanksgiving break–and obviously ate well: “He actually physically looks bigger.” Jason weighed in at 266, a gain of just one pound, explaining that watched his diet every day but Thanksgiving: “I went crazy on Thursday. I thought I was going to die.” JD also only gained a pound, up to 207 lbs from 206, crediting his mom’s take-out Thanksgiving: “We didn’t cook. We ordered the stuff from Bob Evans or whatever.” Tim Sabean was next (“I’m stepping on that scale! I don’t give a f’!”), surprising all with a loss–down to 263 lbs from 269: “I ran every day.” Howard was also surprised to see Jon Hein had maintained his pre-break weight: “You didn’t gain! Or maybe that scale only goes up to 260.”