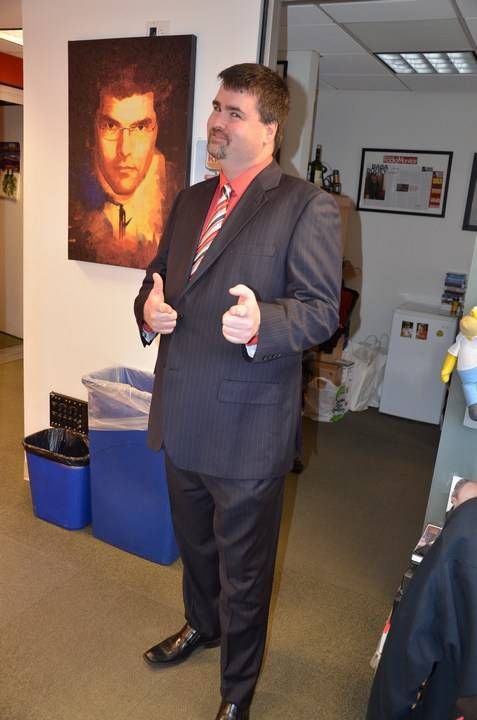 Early in the show, HowardTV robotic cameraman Brian Phelan told Howard about his ‘Doomsday Prepper’ inclinations, saying he expected the world to end–as the Mayan calendar predicts–on December 21, 2012: “Solar flares could erupt [sic] electricity and whatever else is happening in this world.” Brian admitted to preparing, but refused to publicly admit he was stockpiling (“I’m not piling anything.”) or digging a bunker: “I live on an island. … If we build a fortress underground, it’ll get flooded.” Brian also expressed disbelief in the fact that Flight 77 crashed into the Pentagon on September 11th: “I think somebody shot a rocket into that and they’re just saying it was a plane. … The stuff I saw, I didn’t believe it.” Howard asked Brian to explain why the government would lie, but Brian begged off: “I don’t think that through. I don’t give a shit.”