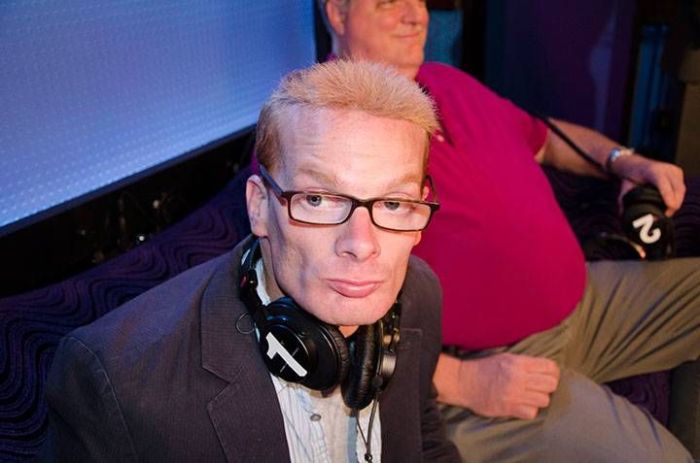 Late in the show, Howard commended Jon Leiberman’s ‘Embedded with Medicated Pete’ special on HowardTV (“If that doesn’t win some sort of award, I don’t know what will.”) but instead played some clips of Pete’s bumbling interview questions at the Exxxotica Expo: “He gets completely thrown by the girls because he thinks he’s going to get sex with them.” In the clips, Pete ignored 48 of the questions provided to him by the show–instead focusing on just two: 1. Do you prefer white or black cock? and 2. Have you ever had a sex toy inserted in your ass? Pete literally asked every girl he spoke with those same two questions: “He spends the rest of the time asking the girls if they’re attracted to him and if they know he has a big cock.”