Imitators Are Not Flattering

Howie Mandel Wants You To ‘Take It All’

Howie Mandel Wants You To ‘Take It All’ 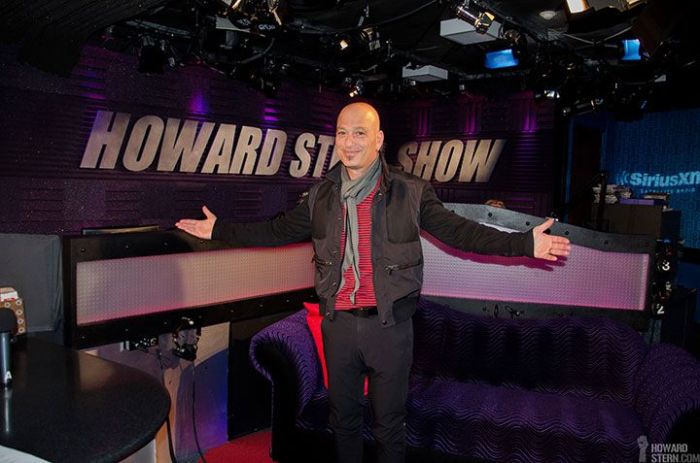 Howie Mandel stopped by to promote his new game show, ‘Take It All’, but first, compared Howard’s ‘AGT’ commute to the one he and Sharon endured each week: “We would go to airport, we’d get on a plane, we’d fly for five hours, they’d drive us into the city, we’d get changed at the hotel. Then we’d have to go drive through the tunnel–go to Jersey–and do the show. And we would walk into the building and you would walk in, exasperated–exhausted–and say, ‘Can you believe this traffic?'” Asked about his health, Howie confessed to clinical depression (“I get very depressed.”), saying he’d tried everything–even Howard’s method: “I tried that transcendental meditation. I can’t. I can’t do quiet time.” Howie instead copes with an antidepressant prescription: “I take one. But I take a nice dose.” Howard said he’d seen Howie go cold at AGT: “There’s something that happens with Howie. He’s not Mr. Happy-Go-Lucky all the time.” Howie shrugged: “Things will click in my head, but I’m not angry at anybody.”

Howie said he wasn’t sure if he’d be back at ‘AGT’ next year: “You didn’t hear I’m leaving. There’s no problem with me. The truth? Here it is: I don’t know. I don’t know. That’s the absolute truth. You want me to be totally candid with you? They haven’t asked yet. … I haven’t met the woman who’s now running the show with Jason. … I would love to do it. I would love to work with you. And if they ask, I will be there.” Howard begged NBC to call: “If Howie doesn’t get asked back, I’m going to make a very mean tweet.” Howie laughed, but then clarified that in the past, he and Sharon usually wouldn’t be contacted about returning until January or February, so he wasn’t too worried yet.

The Game Plays a Round