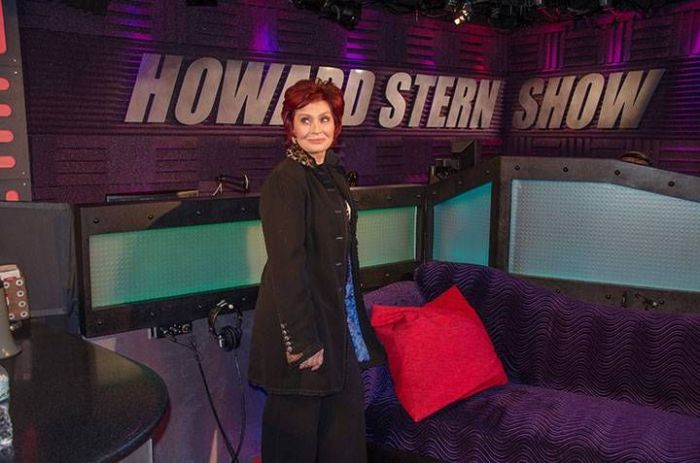 Sharon Osbourne stopped by to discuss her absence from “America’s Got Talent” next season, an absence Howard told her he’ll truly feel when he returns to judge the NBC series.

“I’m so aggravated with you. We would’ve had a great time this year,” he told Sharon. “I would’ve been so relaxed.”

Sharon insisted she’d done all she could to stay put on “AGT,” telling Howard, “Having principles does not mean you fucked up.” Not that she’ll miss traveling to New York with the show’s executives, though. According to Sharon, there was wasn’t much room in the jet they’d all take to the east coast.

“Most of the time I had to take the jet with the lovely executives … The plane’s as big as a bloody stamp and I’m sat there with three people who don’t like me because I have a big mouth and I don’t suck their dick,” Sharon said.

Further, Sharon needed some down time to recuperate from a busted breast implant. “One of them leaked and it went into my stomach wall,” she revealed. “Now it looks like my tits wink at my husband every morning.”