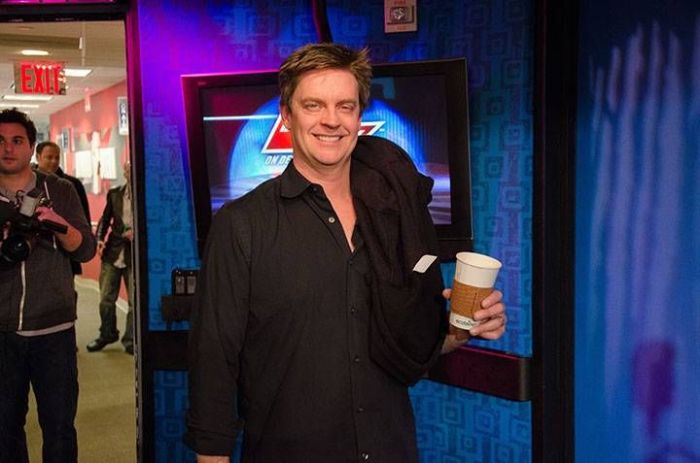 Jim Breuer stopped by catch up with Howard, mourning the 5-year plan he’d outlined during his last appearance: “That plan’s out.”

Asked why he hadn’t pursued a better relationship with Lorne Michaels, like his friend, “SNL” co-star Fred Armisen, Jim said his tenure at “SNL” ended amicably but awkwardly: “[Lorne] said, ‘Jim, you’re just too nice for this place.’ I guess, at the end of the day, it was a firing, but I did ask him to leave. Because I hated the head writer. Hated. Hated his guts.”

Jim said he actually went to high school with Armisen: “We graduated together. Freddie used to scare the crap out of me because he used to wear an Army jacket and a mohawk. And nobody had a mohawk in the 80s.”

Jim said he tried desperately to get with Fred’s beautiful sister: “I was the geek. I was the funny guy. … I would hang out with her ’til 4 in the morning, just talking, praying she’d plant one on me.”

‘The Thing with Sirius’

An Update on Jason’s Sobriety