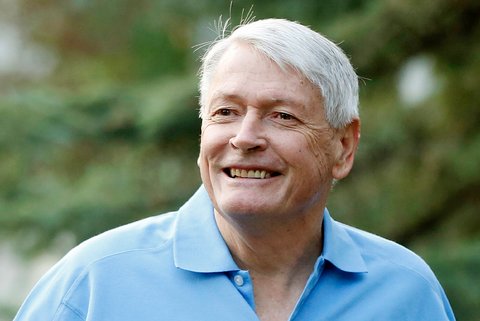 Early in the show, Howard said he was actually kind of excited about Liberty Media’s takeover of Sirius XM: “Something’s gotta change around here, so even if it’s for the worse, who cares? I’m just sick of the same. I like turmoil. I like action. Even if they come in and do a [Gordon] Gekko and destroy all the parts and sell off the pieces or whatever that is, good! Do it! Who cares?”

Howard continued to welcome his new bosses (“I’m happy to see these new guys come in. Not that I know them, or that I’ve had any contact with them.”), noting that Liberty CEO John Malone’s 2.2 million acre empire makes him the largest landowner in the United States: “I don’t think the FCC’s going to stand in his way because that’s not the American way.” Howard hoped, again, to see Sirius XM scrapped: “Let’s turn it into a big weather station.”

Linda Stasi Is a Stand-Up Broad

She Better Have Big Drawers