Linda Stasi Is a Stand-Up Broad 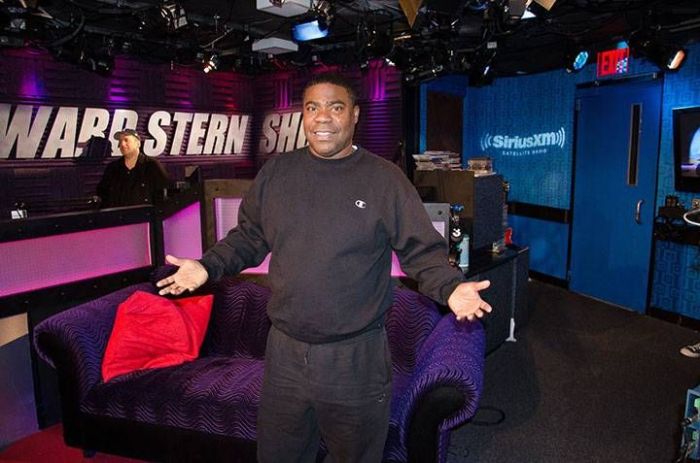 Actor/comedian Tracy Morgan returned to catch up with Howard, saying he recently began coaching a basketball team for 8-to-12 year-olds: “I got ejected last year. I’m the black Bobby Knight, man! I throw Gatorade buckets on the floor, chairs, everything. 12 years old and you don’t play defense? You coming out the game and you’re getting your money back. Gimme that t-shirt, go get your big brother.” Asked if he still eschewed condoms, Tracy nodded: “Never. If you ain’t willing to die for it, you really didn’t want it. I’m willing to die for that pussy!” Just like his dad, a Vietnam vet–and father, Tracy believes, to a host of Vietnamese half-siblings: “I’m quite sure Jimmy Morgan was laying that dick down over there. In between fighting, he was laying that dick down. He had jheri curls and dimples. He looked like David Ruffin.”

She Better Have Big Drawers