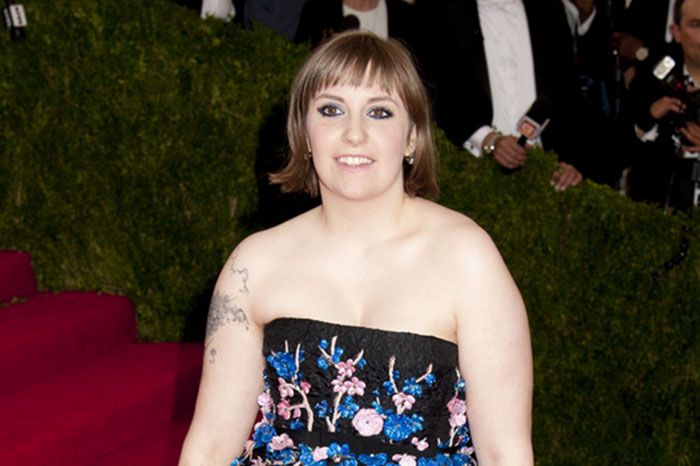 Howard got “Girls” creator, writer, director, and star Lena Dunham on the line to formally reverse his harsh (and widely-reported) first take on her and her show. “I’m a super fan of your show,” Howard told her.

He said Perez Hilton only told half the story on his website, reporting how Howard didn’t like “Girls” after watching only two episodes.

“I was thinking out loud … That’s what I do. I just kind of ramble on,” Howard said. The next day, however, after watching three more episodes, it hit him. “I realize, not only am I addicted, but I totally get you,” Howard told Lena. “I’m in love with you and your character … So, I came in and said to Robin, on the air, ‘I changed my mind. I love the show. And I love Lena and I love what she’s doing with it.'”

“It’s not about apologizing, although, I want to say I’m a fan of yours,” Howard continued. “I love you and I think you’re terrific.”

Lena said she was understanding of Howard’s initial comments about her, since she’s a long-time listener of his. “I’m a big fan of your particular brand of free speech,” she said.

Her only issue was with charges that she’s overweight. “I’m not super thin, but I’m thin for, like, Detroit,” Lena joked.

She told Howard his overture was unnecessary and that she’ll always be a fan. “I appreciate it and I appreciate your effort to rectify [this], but whether you’d done that or not, I’d have remained a [Howard Stern] enthusiast.”

Asked if Donald Glover’s role in the new season was the result of pressure to diversify the “Girls” cast, Lena denied it. “Donald was an actor we always wanted to work with. On HBO, you have 10 episodes. You start with 10 episodes. And It takes you awhile to set up your world, to set up your main characters,” she said. “While I understand the criticism, I felt like we had had only 10 episodes to dig in.”

Still, Lena said diversity on television was an important issue: “It’s a conversation that needs to happen. I’m glad to take one for the team.”