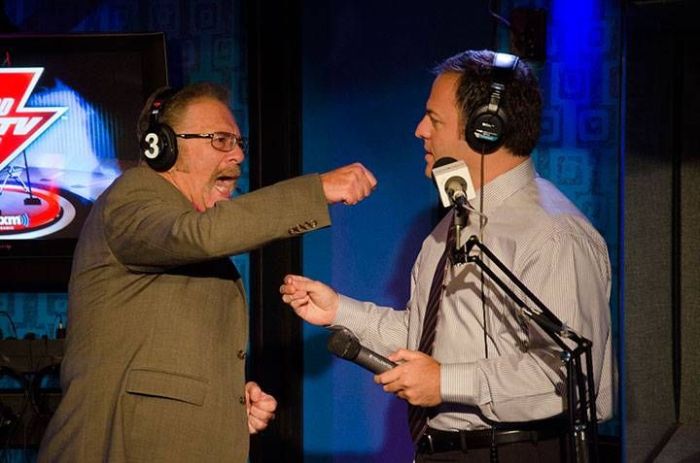 Ronnie was right about JD, but in a surprise twist, Stephanie had said she’d most likely bang his arch-enemy, Howard100 News anchor Jon Leiberman. Ronnie was pissed: “Are you f***ing kidding me?! Holy shit. … I am [angry]. I am annoyed at the whole f***ing thing. I’m gonna rip her ass open when I see her later.” Jon came in to gloat that he and Stephanie had chatted at several staff gatherings–and made a connection: “She really likes me. She likes younger men. … She’s indicated to me that sometimes Ronnie gets tired.” Later, Stephanie called in to confirm: “We get along the best. I think he said it. We’ve had some good conversations together.”