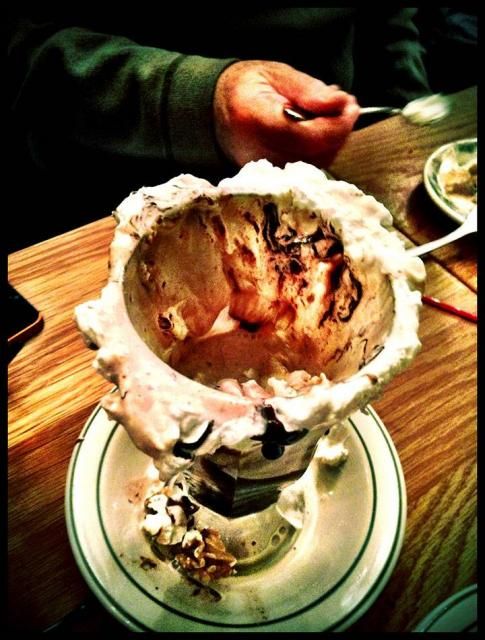 Gary said the bill, including tip, came to $2000–not that it was a high class meal. Tim Sabean spent most of the night throwing pieces of broccoli at Richard Christy and, despite his detox juice diet, chewing actual food: “My understanding was that he’s completed Phase One and this was a reward.” Richard, in turn, drank 10 beers, 2 full bottles of wine, and 2 shots of Amaretto in his post-meal coffee. Howard asked Richard to come in and answer for his obvious alcoholism (“I would feel irresponsible not stepping in.”), and Richard owned up: “I’m not gonna deny that I’m an alkie. I love to drink. Life is short.” Howard and Robin scoffed, agreeing that life could be quite short if “you pass out during most of it.”