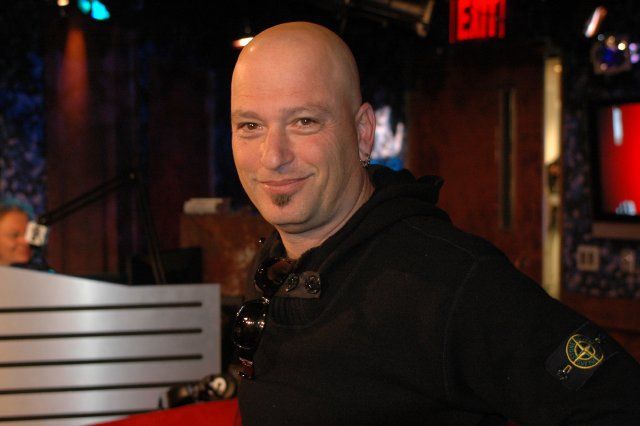 Toward the end of the show, Howard played a round of Would Howie Rather? The game, in clips, featured Howie Mandel presented with a series of scenarios that would set off all his OCD/germaphobic alarms–the ‘Would you rather…’ choices, followed by Howie’s answers:

Rub your penis all over a public urinal or lick someone’s face with the chicken pox? “That’s a real conundrum. I’d rub my penis on the urinal.”

Walk around barefoot on a piss-covered public bathroom floor or clean your ears with a used/stranger’s Q-Tip? “I’d walk barefoot around dirty toilets.”

Sleep in a dirty bed infested with bedbugs or wash your face with toilet water? “I’d rather have bedbugs than toilet water on my face.”

Lick the door handle of a NYC cab or brush your teeth with a stranger’s toothbrush? “Lick the handle.”