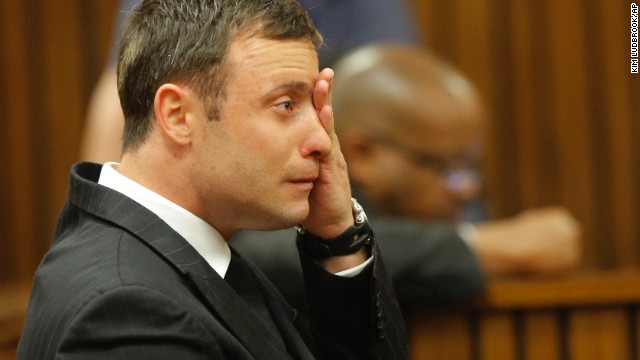 Howard reported how disgusted he was with Olympian-turned-(alleged)murderer Oscar ‘Bladerunner’ Pistorius: “What a hot chick he killed. Oh my god. She was so hot. And she was a lawyer too! Smart. Helped people.” Robin compared Oscar to OJ (“In real life, he was a monster.”) as Howard scoffed: “Now he really did show handicapped people that you can do anything. You can even kill people. You can be a complete monster.”

Howard thought Oscar’s handicap, the source of his fame, was his biggest weakness two-fold: “This guy was so jealous of anybody with feet. He almost shot a guy in the foot once.” Further, it’s saddening that domestic violence has led to yet another death: “As Phil Donahue once said, ‘The boys are beating up the girls,’ and I don’t know how that stops.”

David Spade Reveals How He’s So Successful With the Ladies

How David Spade Almost Did a Michael J. Fox Impression on ‘SNL’