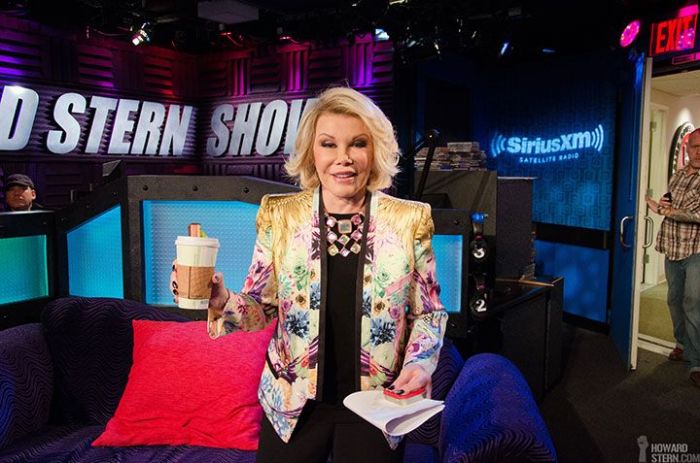 Joan Rivers made yet another appearance on the show today, and it appears there’s no limit to what we’re still learning about her. She hasn’t dated in over two years, but when Joan does bed a guy, she does it fully nude. No shirt. No shorts. No nothing. What a picture. (We don’t have a picture).

Joan did tell Howard though that she believes women should always wear sexy underwear in order to “seduce” a man, which made us wonder what panties Joan used to wear for the man whom she called, “the great love of her life.” His name was Oren and he was missing a leg. Howard asked if Joan kissed his stump in order to show him she loved him. “No, there were so many other places to kiss.”