Actor also opens up about his love life and celebrity friends 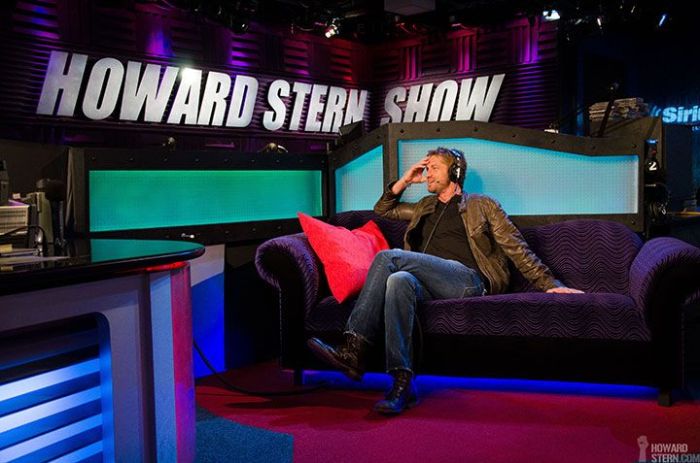 Movie star Gerard Butler joined the Stern Show on Monday and spoke to Howard about everything from the tryst he once had with “Real Housewives” star Brandi Glanville to which other Hollywood A-listers he hangs with. The acclaimed actor also opened up about a near-death experience while shooting the 2012 surf biopic “Chasing Mavericks.” Despite being told how violent the waves sometimes got off the coast of Northern California, Gerard opted to film many of the surfing scenes himself. Once, while out in the open water, a massive wave formed in the distance. That’s when Gerard learned first-hand just how bad things could get.

“We saw it coming from half a mile away,” he said, describing the wave grew to the size of a three-story building, more than 30 feet high, and came straight at him. He told Howard all he could do was try paddling away from it, but he couldn’t move fast enough. The water took him under and kept him there for about 40 seconds and his board was even ripped from the cord on his leg. “It was a disaster,” Gerard recalled.

Gerard was put on pain medication following the devastating injuries. He told Howard that, before long, he became dependent on them. Gerard then checked himself in for a 23-day rehab stint, which proved to be one of the best experiences of his life. “The program makes you stop and look at your life,” he said.

How to Get a Girl in 3 Days

Gerard also spoke to Howard about his girlfriend, Madalina Ghenea. He met Madalina at an art gallery in New York and, after chatting all night, Gerard suggested they walk across the Brooklyn Bridge. Since it was so cold out, however, Gerard brought her back to his apartment first to try on his warm hats. Obviously, the two never made it to the Brooklyn Bridge. They spent the evening together, but Gerard swears they never even kissed that night. Three days later, though, Gerard flew out to Milan to surprise her anyway.

“That’s when you bang her, right?” Howard asked.