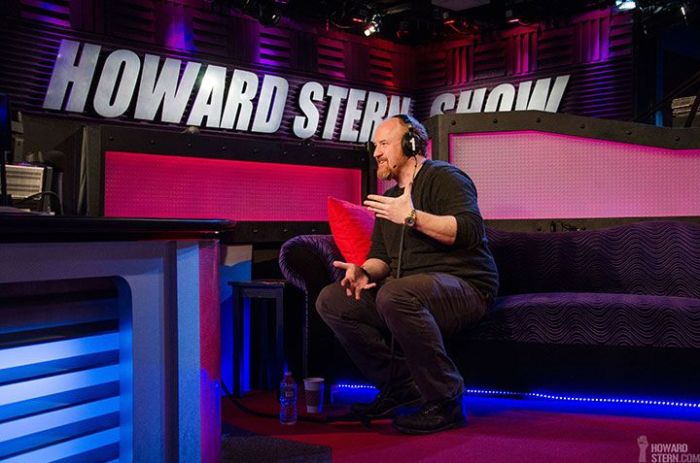 Louie CK’s career is definitely not an overnight success story. He was mopping the floors of a KFC when he heard over the radio about an open mic night; after three weeks of mulling it over, Louis took his minute and a half of material and hit the stage.

The second time he went on stage, comedian Kevin Meaney pushed him up in front of a huge audience… where he promptly bombed yet again. But as Robin so eloquently put it: “You need to die onstage before you can get good.”

Things still weren’t looking so great for Louie in 1993, however, when he and a bunch of other young comics auditioned for SNL and EVERY SINGLE ONE OF THEM got hired… except for Louie.

And yet today, Louie has a hit show on FX, is getting lauded with awards, and is so comfortable onstage he goes through, and then tosses, an entire act every year. Louie explained that he grows and polishes an hour of material to perfection… and then completely discards it once it’s filmed, which seems insane to Howard. He pointed out that George Carlin said that even a great comedian only has about two hours of great material in them, but Louis doesn’t think that way.