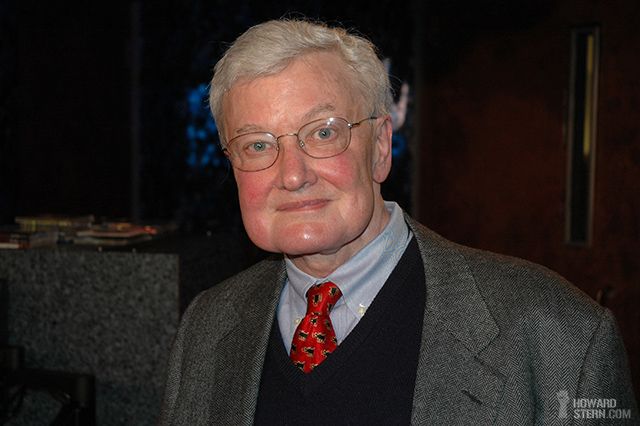 One of the truly great guests in Stern Show history, film critic and cultural icon Roger Ebert passed away last week. From getting on the scale and taking bets on his weight, to arguing with his long-time partner Gene Siskel, Roger had a great sense of humor and he always delivered.

Howard took time out of the show today to remember Roger’s many appearances and play some clips, including one of the times Roger snapped at Gene Siskel on our show. Howard is convinced that Roger and Gene are together and “probably bickering somewhere.” He then went on to say that, if there’s a silver lining to this, it’s that at least Roger didn’t have to review Scary Movie 5.