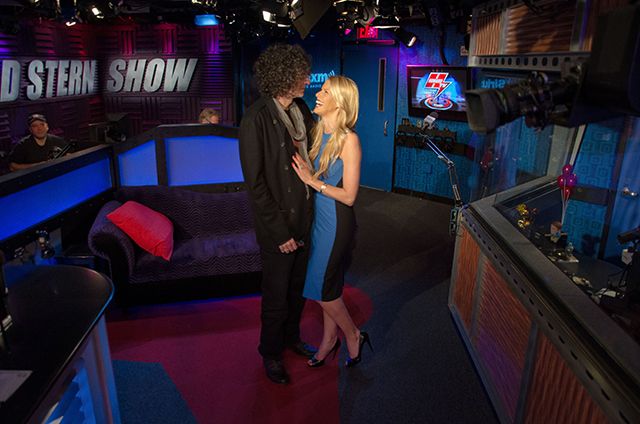 The beautiful Beth Stern puts up with a lot being married to the King of All Media, and at no time is this more clear than when they’re on vacation. Last week they were trying to have a nice quiet evening in a hotel, with a little romance and a little meditation, but the foreign couple adjacent to them had other ideas: having very noisy sex. They began their love-making at an incredibly loud volume, and followed it up with some heavy spanking.

A self-conscious Howard then thought about spanking Beth, but she didn’t want to. Eventually, the whole night fizzled as Howard was too weirded out and Beth was too grossed out by the activities next door. So they just went to bed.

And coincidentally enough, bed is precisely where the sick and miserable Howard should be at the moment but, considering he has to fly to LA for America’s Got Talent this weekend, that’s just not on the table. So Beth gave some tough-love tinted advice for how he could get over his cold while on the road.