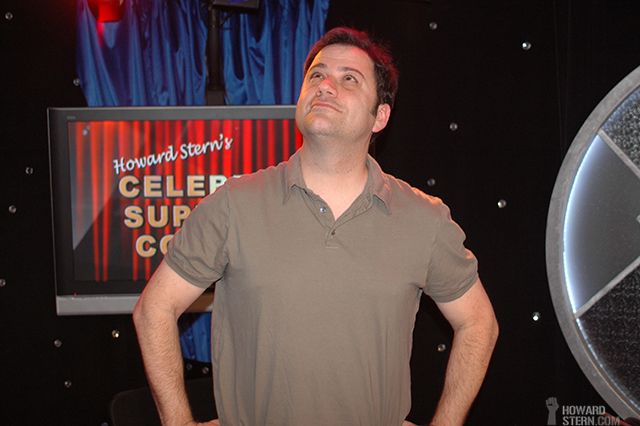 Howard was on the West Coast for “America’s Got Talent” last week and no trip to Los Angeles is complete without a party in Howard’s honor at Jimmy Kimmel’s house. Though sick, Howard still showed up, even trying out a new party-enjoyment strategy he’d thought up: talking with each person for about a half hour.

And it worked, sort of. He had nice, separate chats with Andy Richter, Fred Armisen, Don Rickles, and Adam Levine, but did also totally miss out on luminaries like Amy Poehler, Adam Scott, Emily Blunt, and Ryan Phillippe.

Howard may not understand socializing but, like any successful venture, he’s going to keep at it because he wants to fit in with humanity.