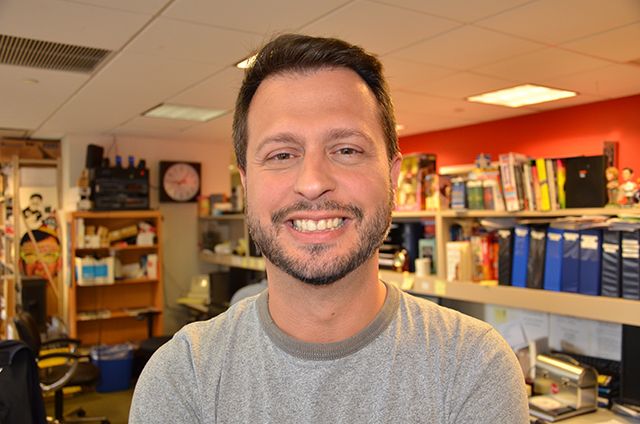 During a discussion about the recent topless photos of Tan Mom – photos that Sal finds hot – Howard mentioned that Sal has been pushing hard to book the Long Island Medium Theresa Caputo on the show, trying dozens of different angles and ideas. This prompted the ever skeptical Howard to accuse Sal of actually buying into all that stuff like a true believer.

Sal confirmed these suspicions by recounting the time he sat, with a box of tissues, in the audience during the medium’s appearance at the Westbury Music Festival. He was crying so much, in fact, that he made finger cots to wipe the tears pouring out of his eyes as Theresa performed readings on members of the audience.

Howard still doesn’t buy it, but Sal is willing to put it on the line to convince his boss: “If I’m wrong about her, I’ll do whatever you want.”

Howard (Immediately): “Will you blow Richard?”

Well he got our attention, at least.