HowardTV: Rob Corddry Is ‘That Guy’

Roger Daltrey Opens Up About ‘The Who’

HowardTV: Roger On That Time He Punched Out Pete 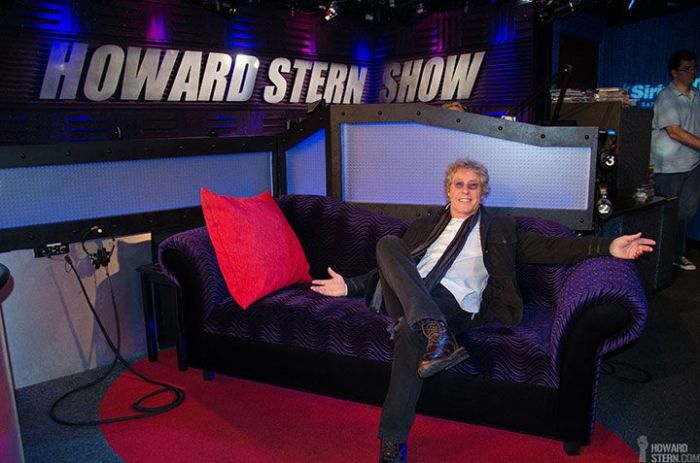 Howard played some classic “Who” cuts and asked Roger about their origins:

“Love Reign O’er Me”– was written as a softer love song, but Roger didn’t feel it that way and decided to go full out with it.

“My Generation”–Roger used to stutter as a child and used it to good effect on this song. The joke was that, when you were on speed, you stuttered.

“Pinball Wizard”–Howard had always heard that one particular record reviewer was a huge pinball enthusiast, so Pete Townshend wrote this song to guarantee a good review. Roger remembers it going something like that.

“I Can’t Explain”–Jimmy Page played on the track. Roger said it was a producer’s idea to bring him in for this song. They also brought in back up singers.

“I Can See for Miles”- Pete thought it was surefire hit, and was crushed when it wasn’t. As a matter of fact, “The Who” never had a number one record, which pained Townshend, but also led him to write more album-oriented music.

“Won’t Get Fooled Again”–is one of the “Who” songs that Roger is getting tired of singing.