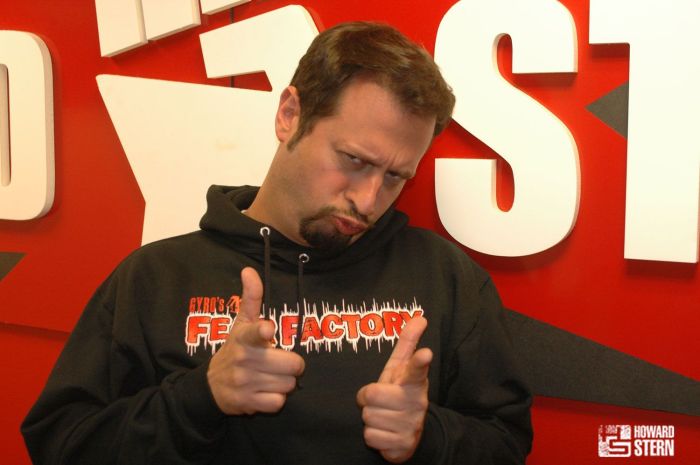 Howard announced that, with the launch of his beautiful new website, he really wanted to start blogging but writing something out is also a pain because he knows the fans will pick it apart and he’ll have to edit everything perfectly. The idea of Howard doing a video blog was then suggested, and the idea turned into a Q and A with the staff.

One staffer asked the question: Who would you rather be locked in a room for 24 hours with Sal or Richard? Howard said Richard probably, but also that Sal wouldn’t be so bad.

Ever Sal’s foe, Gary chimed in, reminding Howard of the time Sal was frantically trying to figure out who Howard’s psychiatrist was so that he could see the same doctor. And once that Sal ball got rolling, everyone started to remember all the creepy things Sal has done or said because his obsession with Howard, including:

– Referring to Howard as an “entity”

– Asking Howard if he could sleep over at his house during a late night in the city, despite the fact that many of his coworkers also lived in the city.*

– Wanting to watch Survivor with Howard and Beth… in their bed

The list goes on and on… and on. But Gary then pointed out that, thankfully, Sal doesn’t seem to be as obsessed with Howard anymore, which was a relief to the King, of course, but Howard was sure he could get him back to full-blown obsession again in no time.