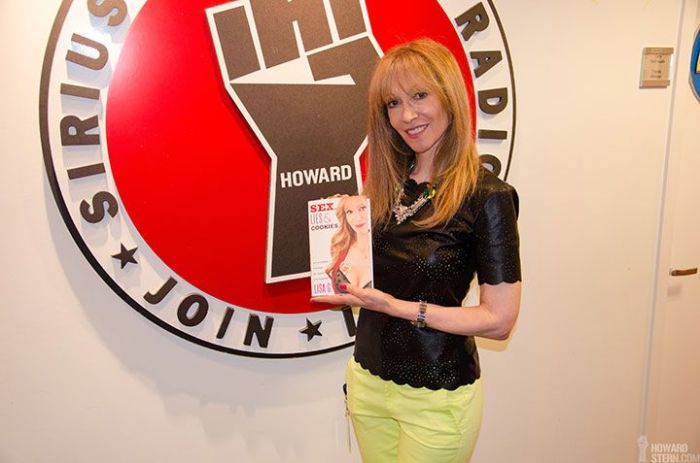 At the top of the show, Howard mentioned that Howard 100 News reporter Lisa G’s “unrated memoir” Sex, Lies & Cookies came out yesterday. In it, she details the tonnage of sex she’s had (she’s lost count of guys she’s been with), her drug-fueled nights (Quaaludes and cocaine), and of course, her favorite cookie recipes.

Producer Gary has started reading it, and his major takeaway from the book so far is that Lisa wore bad overalls and really, really loves her violin.

Then just as she was leaving the studio, a caller who identified himself as only “Bullshit” claimed the only drug Lisa was likely to take was Metamucil. Howard recognized the voice as that of Stern Show writer Sal Governale, and asked what he was up to in the back office, to which Sal replied that he was very busy wiping his ass with Lisa’s book.

Look for Lisa’s book at your local bookstore, possibly in the non-fiction section.

HowardTV: Matt Lauer Sits Down With The King