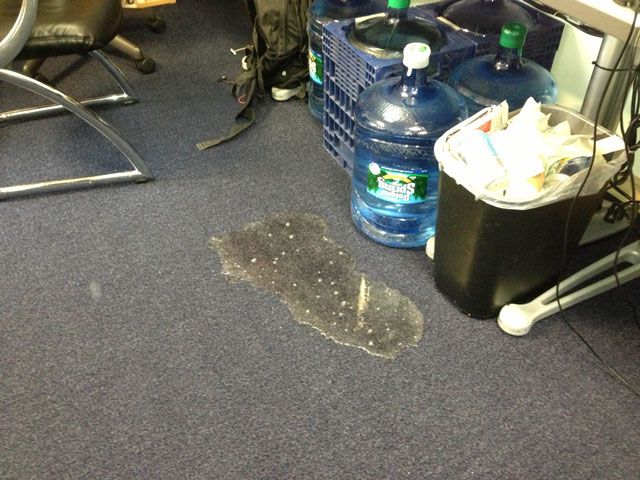 Howard was thrilled this morning that the Stern Show Compound (aka – our office space) had been renovated over the vacation break. New paint, new art, new green rooms and a band new bathroom – totally free of sh*it on the walls.

The whole place was also re-carpeted, and Howard promised to fire anyone who damaged the carpet.

Little did he know how quickly he’d be tested. Cameraman Rob Martin knocked over an intern’s coffee while he was aggressively pursuing JD Harmeyer with his camera, and down it tumbled onto the brand new floor. Howard was upset and banned coffee from the premises – only water, and even that is allowed under protest.

And take a tour of our new offices below: