He's seemingly played with everyone, everywhere 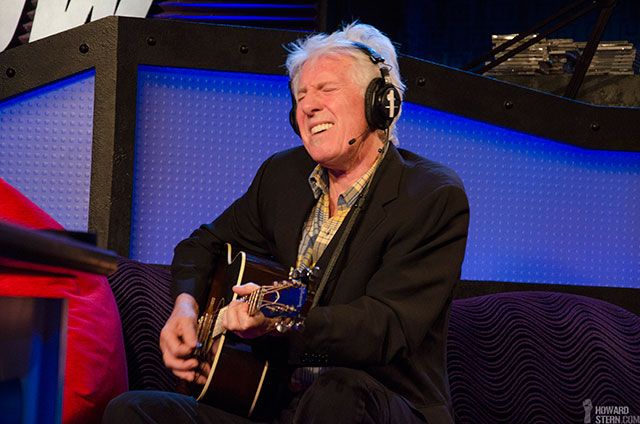 Robin referred to Graham as the Rock and Roll Zelig, because he seemed to be everywhere and with everyone in the 1960s and 70s.

Here are some highlights from Graham’s amazing life:

* Mama Cass, of the Mamas and the Papas, tried to seduce Graham. “She was a very loving woman.” Cass didn’t have a lot of luck with men, but evidently she knew how to pick them, musically: It was Cass who suggested that Graham hook up with Stephen Stills and David Crosby.

* Graham says that the Crosby Stills & Nash harmony was born in about forty seconds. Graham was at dinner with Joni Mitchell and Stephen Stills and David Crosby were singing the song “You Don’t Have to Cry” when Graham joined him.

* George Harrison and Paul Asher turned Crosby Still & Nash down on behalf of Apple Records, as did Paul Simon and Art Garfunkle, who could’ve got them signed to Columbia.

* Producing giant Ahmet Ertegun is the one who believed in them – and believed that they needed Neil Young. Ahmet felt that the reason the band Buffalo Springfield was successful was because of Stephen Stills and Neil Young clashing on guitar.

* Graham fell in love with Joni Mitchell instantly. She had dated David Crosby, but he had no problem “sharing” women and introduced Graham to Joni. They talked about marriage, and Graham admitted that he would’ve been with Joni for the rest of his life. Her desire to get married scared Graham off at that time. But even still, he feels “I think I’m one of the only men in her life that she likes still.”

* David Crosby was head over heels in love with the girl who started the David Crosby Fan Club, Christine. When she grew up, they got together. He even “shared” her with Graham. One day, Graham says, she rolled a joint for he and David and headed out to take their cat to the vet. The cat jumped on her lap and she hit a school bus, dying instantly.

* Graham first saw Jimi Hendrix at the Soupy Sales Easter Show in New York City in the 60s, long before everybody in England was saying “you have to see this kid play.” And not just the guitar. According to Graham, Hendrix was a masterful ‘Risk‘ player – especially when he was tripping on acid.

* Graham met John Lennon at a little local talent show in 1959. John was doing a song called “Think it Over.” Graham won the contest.