The master of conspiracies tackles all the big ones. 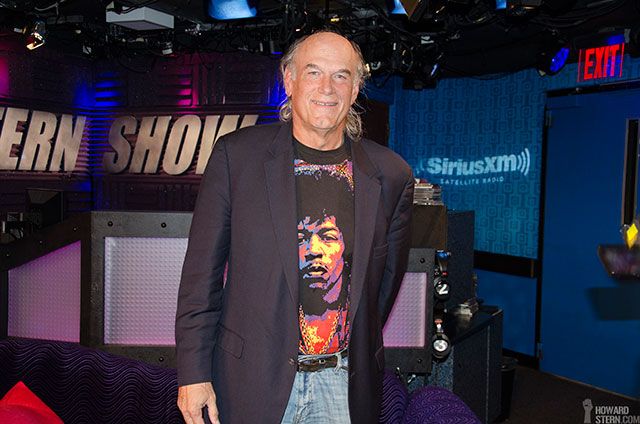 Howard’s possible running mate on the Ventura-Stern presidential ticket, Jesse Ventura stopped by this morning to promote his new book, which, if you can imagine, is about a big conspiracy: Who really killed JFK?

While they talked over the broad strokes of their platform – legalizing drugs, putting an end to foreign aid until we resolve our debt – and how they’d handle their administration – Jesse would maintain his residence in Mexico, Howard would immediately head to Camp David to land could keep doing his radio show and America’s Got Talent.

You’re probably thinking the same thing Robin was: “The Vice President will be a judge on America’s Got Talent?” But this would be no ordinary administration. What about Puerto Rico? Jesse hasn’t even thought about that.

And their inauguration would be some party – Not the black-tie Glenn Miller inauguration, but a Rock and Roll Inauguration. Jesse will probably wear his favorite Jimi Hendrix shirt, which he’s worn multiple times on the show and at the Inaugural Ball after being sworn in as governor.

“WE CAN USE THIS SHOW TO WIN THE ELECTION,” – GOVERNOR JESSE VENTURA

Aside from himself, there’s another president that Jesse is very interested in: John F. Kennedy. It may come as no surprise to you that Jesse doesn’t buy the lone gunman theory, citing Lee Harvey Oswald as a sub-par marksman and claiming that the FBI only fed the Warren Commission information that would lead to Oswald.

Here are Jesse’s take on other popular conspiracy theories:

IS PRESIDENT OBAMA A UNITED STATES CITIZEN? Yes, Jesse believes he is. And furthermore, he thinks that the “birther” argument popularized by Donald Trump is nothing but a red herring. He thinks Obama worked for the CIA early is his career. Jesse claims that many jobs are just a “front” for the CIA, including the YMCA.

WHO KILLED THE ELELCTRIC CAR? The oil industry. Jesse claimed that Minneapolis had a great trolley system when he was a kid but the rubber, oil and automotive industry had the whole thing ripped out, forcing people to drive.

WAS THE PHILADELPHIA EXPERIMENT REAL? Jesse has heard of it the experiment, in which the navy allegedly tried to render a ship invisible to enemy devices, but doesn’t know much about it.

WAS THE TSUNAMI ACTUALLY CAUSED BY A BOMB? No, Jesse doesn’t believe it was.

IS THE ILLUMINATI REAL? Jesse says yes, there is a force more powerful than the government. There are people who control money. (somewhere, Hanzi is pumping his fist with joy)

WAS THE APOLLO MOON LANDING FAKED? Jesse wants to believe that the moon landing was real. He has no doubts that we’ve been to space.

AND THE BIG ONE: 9/11. As we know, Jesse does not believe that Osama Bin Laden had terrorists fly planes into the World Trade Center that day. He cites the demolition of Seattle’s Kingdome stadium, which left debris at 12% of the height of the original structure, whereas the World Trade Center left only 2% and that obviously means something, right? He also wants to know how anybody knew that the terrorists had box-cutters if everybody died.

Jesse Ventura wants to run for president with HS – HTV