The King of All Media weighs in on his appearance 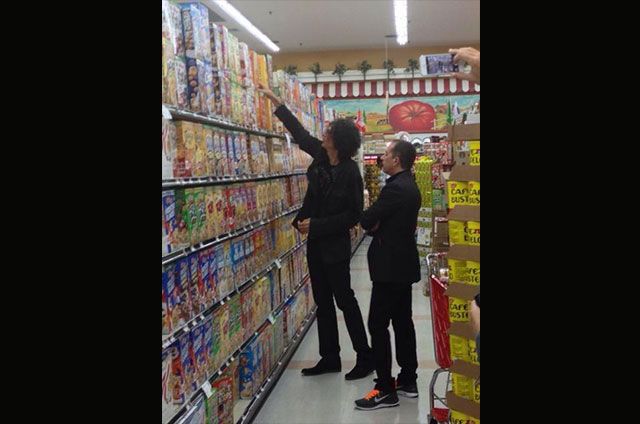 Howard filmed an episode of Jerry Seinfeld’s terrific web series “Comedians in Cars Getting Coffee” last Thursday. The show features various comedians driving around with Jerry, getting coffee, and hopefully being funny and interesting.

Jerry picks up each guest in a car he feels has some connection with the comedian (Jerry loves, and owns a ton of cars). He took Howard out in a Pontiac GTO because he thought it fit Howard’s Roosevelt upbringing. Howard didn’t understand the connection, suggesting that Jerry should’ve chosen a stolen car or a police car if he wanted it to reflect Roosevelt.

They went to a diner in Queens and Howard ate smoked salmon and tomato; Jerry was a little more daring, eating a big chocolate desert.

When Jerry suggested that it would be hilarious to take Howard to a grocery store, Howard, who has long wanted to be a game show host, had an idea. He asked Jerry if he wanted to know where he ranks in the top comedians of all time (according to Howard), and Jerry did.

Howard told Jerry that he would hold up items from the grocery store shelves and if Jerry guessed the price correctly three out of five times, Howard would reveal Jerry’s standing amongst the top comedians of all time.

To find out how Jerry did, look for Howard’s episode of Comedians in Cars Getting Coffee.