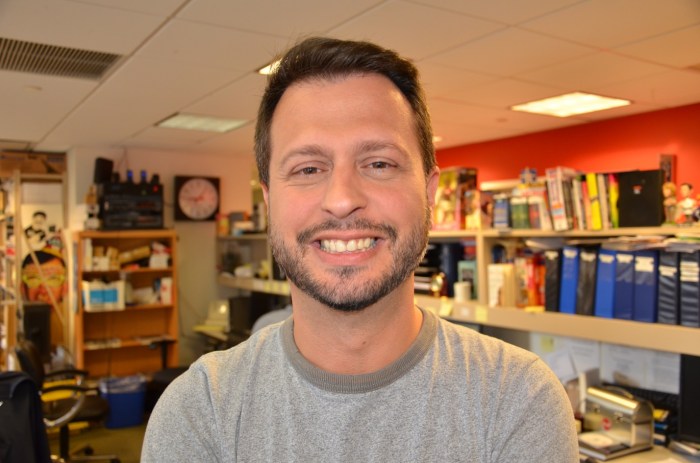 There’s a simple but inherent truth on the Howard Stern Show – let Sal Governale talk long enough (30 seconds is usually enough) and something crazy stupid will come out of his mouth.

“THERE IS NO GUARDIAN ANGEL FOR YOU,” HOWARD STERN TALKING TO SAL

Take last week’s writer’s meeting. Howard was amazed by one idea that Sal Governale pitched even though we’re not sure what the idea was…

Sal explained that he has a theory that everyone has experienced some spiritual happening in their life and many are too embarrassed to admit it. While nobody else volunteered any supernatural experience, Sal was certain that we all have experienced something like he did the time his bed levitated.

He claims he woke up one night and his nose was five inches from the ceiling, and as soon as he noticed it, the bed came crashing down. He said his mother and sister both heard the crash, but admits that nothing in his room was disturbed by a major piece of furniture falling from the ceiling.

Sal admitted to being on something of a spiritual journey: “I’m looking for my guardian angel.” Howard told Sal to look at his life. “There is no guardian angel for you.”

While Sal is focusing on his inner-being, he isn’t neglecting his surface beauty, and he detailed his intense cosmetic regimen. He uses tanning spray every morning, as well as cream for his “raccoon eyes” and hairspray. Like any forty-four year old radio comedy writer, he also shaves his chest, so that he’s ready for any film role that comes his way.

Sal wouldn’t suggest any additions to Howard’s morning routine, but he suggested that Benjy Bronk use Aveeno cream because his blotchy face reminded Sal of an ass with a rash.

Could Sal Governale Be Smarter Than Eric the Actor?