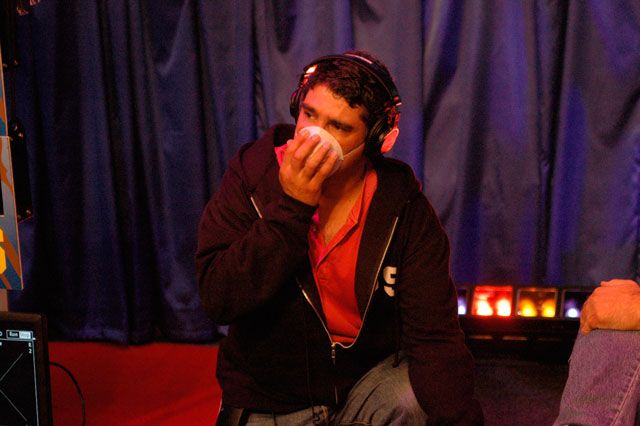 The show got off to a phlegmy start this morning as Howard complained – for the umpteenth time – about Gary clearing the phlegm out of his throat in the studio before the show starts.

Gary’s morning phlegm problem has been a source of annoyance, amazement and disgust for Howard for years. And Gary has tried various methods to fix it, including:

– clearing his throat in the hallway

And yet, the phlegm persists.

Even Gary’s BFF Jon Hein agreed that the phlegm was off the charts gross this morning, causing Gary to sputter and cough all over Howard’s supply of water bottles, which, if you know Howard, doesn’t fly.

Gary blamed it on the change in seasons, but Howard insisted that having a “big toothed monster” hacking all over his studio was unacceptable in any season.

Howard asked Gary very seriously to wear a surgeon’s mask for the first twenty minutes of his work day, or at least a handkerchief like a bandit wears up around his mouth and nose.

Stay tuned to HowardStern.com for photos, should a mask become part of Gary’s work wear (any more than they already are)