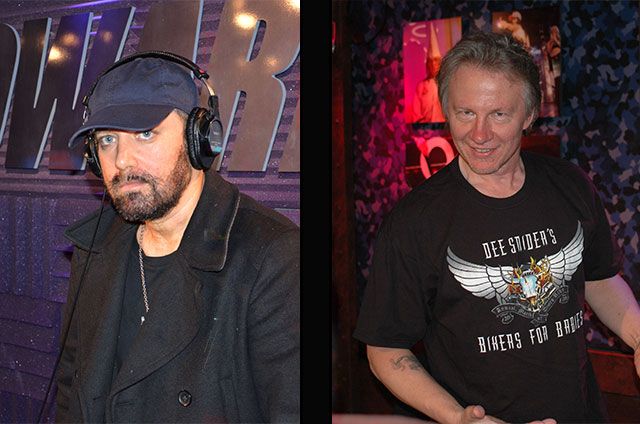 Throughout his life, Benjy Bronk has done many weird sexual things – meeting strangers in hotel rooms, showing extreme PDA with his then girlfriend at our Christmas party, the list goes on. So Howard figured that he had probably stared at some labia in his day and asked if he’s seen girls with big labia.

All Benjy would say is that he likes looking at his girlfriend’s face and body. You might not of heard that because Benjy kept talking in a low key, almost whisper of a voice.

Howard said that he thought Fred was hard on Benjy yesterday – when Fred said that Benjy is so low on his list of favorite staffers that he’d have to hire more staffers, leading Benjy to call Fred a f*cking asshole- but after trying to talk to Benjy, Howard has changed his mind and is now on Fred’s side.

“[FRED’S] THE LITTLE BITCH OF THE SHOW” – BENJY BRONK

Benjy freaked out and Fred told Howard that he felt for him. This turned the volume up on Benjy’s squealing and he called Fred a “prick” and the “bitch. The little bitch of the show.”

Fred simply responded that Benjy name-calls because that’s all Benjy can do. Fred didn’t care, and announced that he was done.

Benjy continued grasping at straws with his chubby fingers, calling Fred a bully and “homophobe” for some reason.

Fred and Benjy then started going back and forth over who was interrupting who and eventually Howard interrupted the whole thing and moved on.