Gary’s ‘Guys’ Get Him in Trouble

Gary’s ‘Guys’ Get Him in Trouble 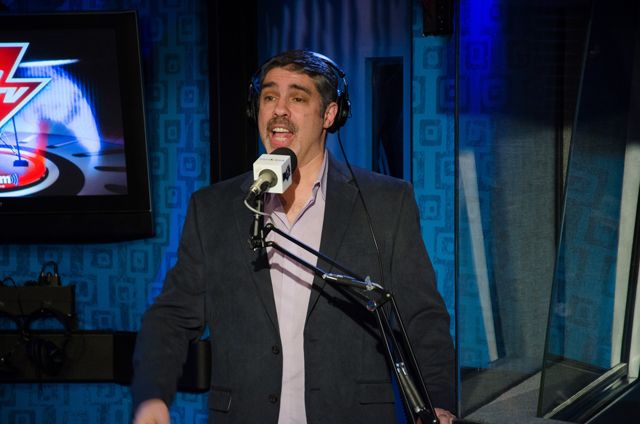 GARY’S ‘GUYS’ GET HIM IN TROUBLE

The fun continued for Gary all morning long!

Late in the show, Howard picked up on Eric the Actor, who said that we called him and he was supposed to be on the phone with Johnny.

Howard was irritated that Eric was on the phone but there was no Johnny. He wondered why we called him and put him up in the first place?

Gary did it because he thought that what Eric had to say was interesting, so when the call was dropped early in the show, he called Eric back.

But why didn’t he call Johnny? Howard was trying to get the bottom of what went wrong. Howard apologized to the midget and explained that his staff just decided to ‘wing it.’ Howard wanted to know who was responsible for the mishap and why it happened in the first place.

Gary eventually admitted that he instructed Steve Brandano to get both of them back on the phone, but Steve misunderstood. Gary tried to take the blame himself, because he felt the need to ‘protect [his] guys.’

‘Your guys?!’ Howard inquired. ‘Who are your guys?’

Gary listed Will, Jason, Steve, Jon Hein, JD, Tracey, and, when reminded, Scott the Engineer, leaving out many staffers who are apparently NOT his guys. This includes Howard, Robin, Fred, Benjy, Sal, Richard and everyone else who works so hard for the show every day. Thanks Gary!

Howard was amazed that Gary was acting like the general of an army that was in battle against Howard. Gary clarified that he was trying to protect ‘his guy’ from the audience, not Howard.

Howard wasn’t pleased and wanted Gary to know that all the guys here are Howard’s guys, not Gary’s.