Making Up is Hard to Do

Making Up is Hard to Do 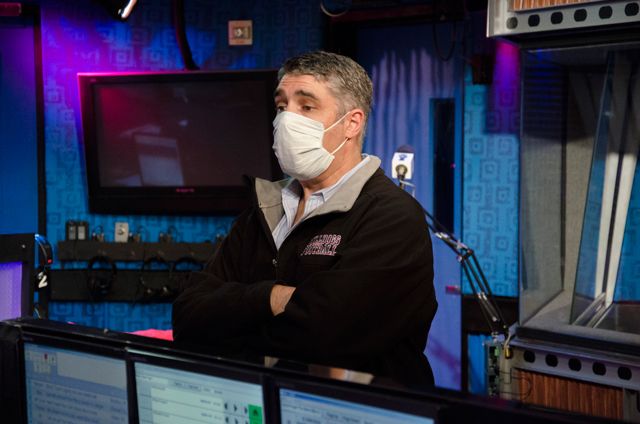 MAKING UP IS HARD TO DO

Howard apologized to longtime producer Gary Dell’Abate this morning. He heard Gary say he felt humiliated by having to wear a surgeon’s mask because of his sore throat. Howard made it clear that his intention was not to humiliate Gary, but to protect himself. He also thinks Gary looks a lot better in a surgeons mask. (We agree)

Gary accepted his apology and admitted that he was being sensitive yesterday. “I’ve washed my vagina.”

The thing that hurt Gary the most was Howard’s revelation that he was annoyed by Gary upon first meeting, but was too lazy to look for another producer. Gary came in to meet Howard looking “slovenly with big wooden teeth.” They only had a budget of $150 for a producer back in 1984 and Gary was the best they could do. Howard tried to reason that it was testament to Gary’s skills that he was so annoying but still such a good producer.

Gary said that next September will be his thirtieth anniversary on the Stern Show. The other guy who interviewed for the job showed up wearing a Rolex and that pissed Fred off. That guy is now a big deal radio executive at WFAN.

Howard asked if it was too late to hire him.