Eric the Actor: ‘I Was Not On F-ucking ‘Different Strokes’ as Kathy’

Eric’s Alive (and on TV) 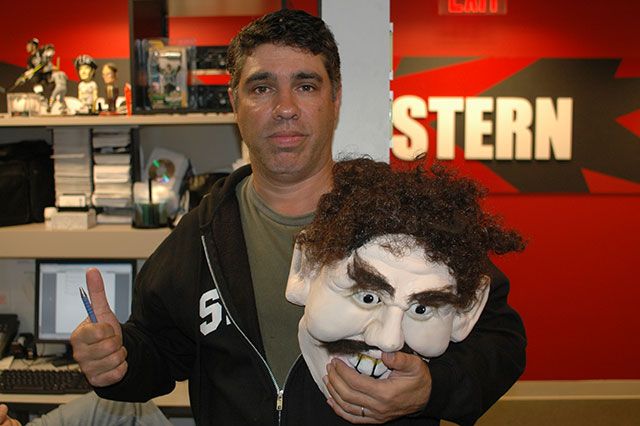 After yesterday’s stirring segment where Howard performed the Sound of Music almost in its entirety, he was hot to take on another Broadway classic this morning – South Pacific.

He was ready to begin, but Gary announced that he and Scott were still putting the songs up and they’d be ready in about ten minutes.

Howard was incensed. He’d shown his cards by announcing the musical and he was not going to make his audience wait to hear it. Gary said there was nothing he could do and Howard hit the ceiling.

Howard couldn’t believe Gary would entrust this to Scott, who is not known for speed or ability.

Fred immediately pulled up one of the songs on the internet and Howard began “Some Enchanted Evening,” but he was so put-off and frustrated that he gave up part-way through.

We can only hope that this isn’t a premature end to Howard’s Broadway musical career.

Another thing that had Howard pissed off this morning was the fact that loose wires were still hanging underneath his console and he kept bumping and accidentally pulling them. Howard thought this problem had been addressed, but had a feeling something would fall through the cracks because Gary didn’t write it down.

Gary said he didn’t write it down because he got word from Evan, from the engineering department, and Evan said it would be handled. Well, it wasn’t.

And not only do Howard legs catch on the wires, but they continuously knock over this little camera on a cup that someone had put in the studio. “This is some radio show.”

Howard scolded Gary, saying if he had written it down, he would have been reminded to confirm that the wires were taken care of.

Robin pointed out that Gary loved to delegate tasks to other people. In fact, his name “Dell’Abate” is almost like “delegate.”

King of All Blacks, who was on the phone during the scolding announced that one day, Gary was going to kill Howard.