Howard started off this morning with more of a thud than a bang because he chose to discuss the always buoyant Scott “the Engineer” Salem.

Scott was on the Wrap Up Show yesterday, discussing the aborted South Pacific performance from yesterday’s show. Scott was explaining his process and somehow lost interest in what he, himself, was saying.

Even Scott is bored by Scott.

The conversation moved onto the “300 ring” that Howard bought for Scott when he bowled a perfect game – probably the only nice thing anyone has ever done for Scott. How does Scott show his appreciation?

He doesn’t. He doesn’t even wear the f*cking thing. 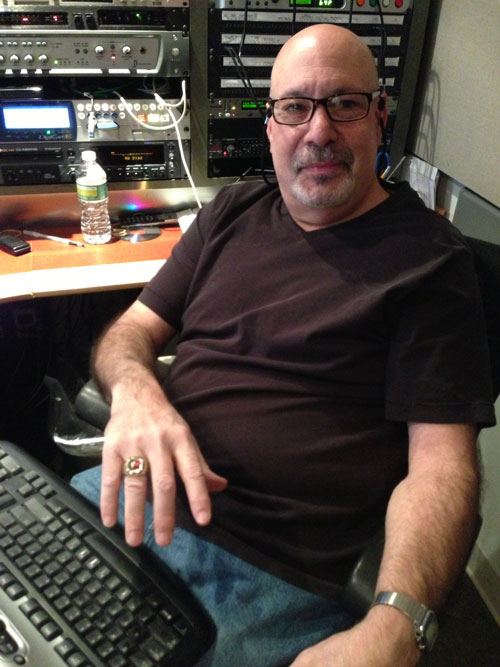 This is the only known photo of Scott wearing the ring Howard bought for him. It was taken on the day he got it.

Both Gary and Jon Hein agreed that Scott should have sent Howard a hand-written thank you note, but the bowler apparently didn’t think the pricey gift warranted one.

Howard marveled that the engineer who always has a chip on his shoulder – who always feels underappreciated –finally gets a gift and he doesn’t seem to care. Robin pointed out that Scott feels SO unappreciated that Howard can never make up for it.

JD and the Burden of the Xbox One