Howard Stern on Bob Grant: “The Greatest Broadcaster That Has Ever Lived” 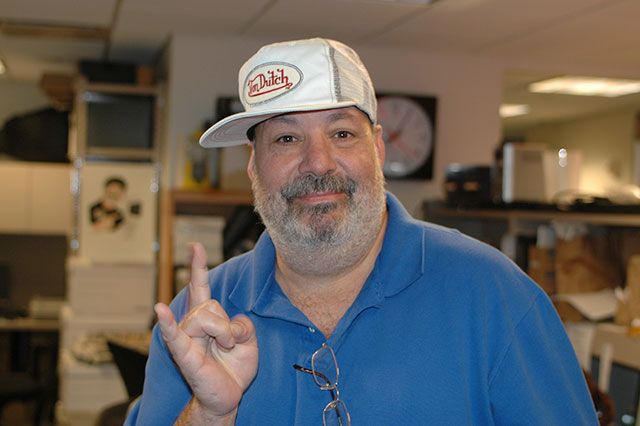 How could you forget the time Scott ‘the Engineer’ Salem tried his hand at stand-up – to disastrous results – in Cleveland, Ohio?

It was revealed this morning that Scott is developing a bit called “You know you’re old when…” and hopes to take his act on the road.

Howard was completely fascinated that not only had Scott dreamt up this signature joke, but he actually Googled the phrase to make sure it wasn’t already someone else’s.

Scott wanted to confirm that the bit was genius.

Scott shuffled into the studio to deny that he was putting anything together – he was just f*cking around in his studio.

Gary Dell’Abate chimed in that new Stern Show staffer Nik had witnessed Scott come up with the bit and Google it to ensure its originality. Gary was even so bold as to spoil the one known complete version of the joke – “You know you’re old when you know the names of every newscaster on 1010 WINS.”

It certainly would be a surefire moneymaker.

Benjy Steals the Show at the Christmas Party

Howard Returns to Mexico (and Golf)