Howard Stern on Bob Grant: “The Greatest Broadcaster That Has Ever Lived”

Benjy Steals the Show at the Christmas Party

Howard Returns to Mexico (and Golf)

Bobo is forced to compete for a ticket 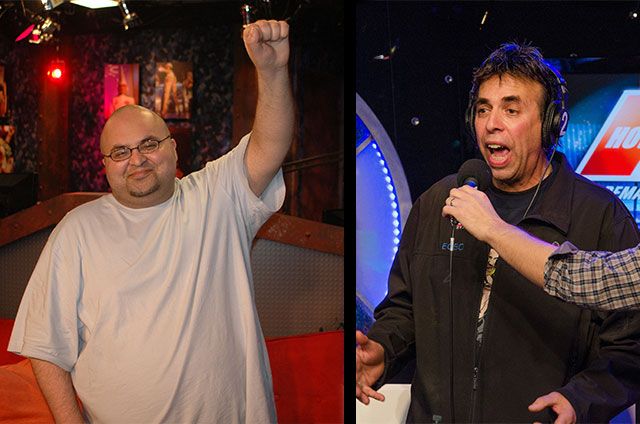 Bobo, who calls himself an “extreme fan,” assumed he’s be a shoe-in for an invite to the Birthday Bash at the end of the month. However, staffers had a different idea.

They wanted to pit Bobo against three other Wack Packers – Fred the Elephant Boy, Pittsburgh Pete, and Ham Hands Bill – and let the honorable judge JD Harmeyer decide who really deserved to attend the party.

Bobo called into the show this morning, voicing his distaste about the situation to Ronnie the Limo Driver. He claimed the Birthday Bash news gave him such anxiety that he wound up in the Hospital.

Ronnie scoffed, “Oh, stop it with your bullshit.”

Howard tried to reason with him, pointing out that the crowd would be much more interested in Wendy the Slow Adult or Beetlejuice than Bobo.

Bobo wasn’t the only one who felt entitled to a seat at the show. Wacky caller and conspiracy theorist Hanzi also demanded inclusion.

Howard said Hanzi could come, but only provided the 30-something get a notarized permission slip from his parents.