Does the longtime caller know who wrote "Romeo & Juliet"? 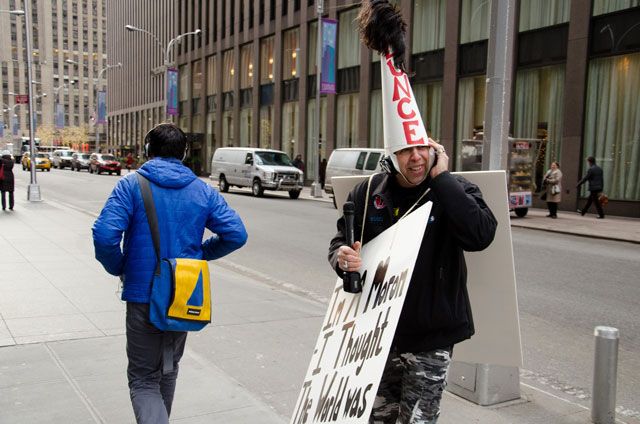 Since Bobo may or may not be attending the Birthday Bash – and since that’s such a hotly debated topic among Stern fans – it was only fitting that in order to win Birthday show tickets this morning – callers had to play the incredibly difficult “Bobo General Knowledge Game”!

As a practice question, Bobo was asked which former president was a peanut farmer. A confident Bobo shot back “That’s easy … Gary Carter!”

See if you can tell what Bobo does and doesn’t know by testing yourself below. (Hint: He doesn’t know very much.)

1) How many nickels would you need to make 85 cents?

2) What country is Hamburg in?

3) How often does a leap year come around?

4) What is the name of the imaginary line drawn around the earth, equally distant from both Poles?

6) What two elements are combined to create water?

The first player, James, could not get a handle on Bobo at all, and in fact, Howard, Robin and Fred weren’t much better. Robin couldn’t even answer how many nickels it takes it to make 85 cents, saying “it would be eight.” (In fairness to her, Bobo’s stupidity may be contagious)

James ended up losing, as he had too much faith in a dumb-as-a-rock driving instructor. However, James was a man and hung up, refusing to beg for chance after chance.

Answers: 1) No, Bobo said 14 (still closer than Robin) 2) Yes, Bobo got Germany 3) No, Bobo thought it was every two years 4) Yes, the equator 5) No, Bobo mixed Shakespeare up with legendary playwright “Ben Black” 6) Not even close. He said “two elements … ice.” 7) Yes, Bobo knew District of Columbia.