Staffer sticks up for his Stern Show colleague JD Harmeyer 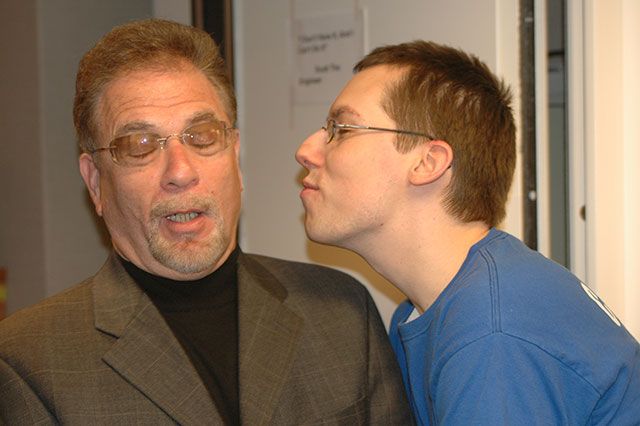 Ronnie the Limo Driver emerged as the most passionate staffer when it came to media producer JD Harmeyer’s love life.

First, he was upset that JD’s date, Megan, was texting photos of her outfit to producer Will Murray. Ronnie, and everyone else, felt that she should have been seeking JD’s approval, not Will’s.

Then, Ronnie was incensed that Megan wanted to bring a friend to the Birthday Bash, when it was supposed to be a date with JD. Ronnie called the move a “c*ck-block” and commanded JD to ‘take the bull by the horns’ and tell her no way.

JD took a low-key, jaunty philosophy, proclaiming “Que Sera Sera” and proving that his French is better than his English.

Another man who didn’t “take the bull by the horns” was Eric the Actor, whose own lack of drive caused him to miss the Birthday Bash, which definitely would have been the time of the little guy’s life.

Eric had previously blamed Stern Show producer Gary Dell’Abate in part for him not attending, and today, he claimed that Gary had made him feel like he needed to find a way to get to New York that was inexpensive and within the show’s budget.

Gary never said any such thing, and it’s such a shame that Eric was lazy and wishy-washy, because, according to Howard, there will be an A-list superstar in attendance who is a big fan of the tiny terror.