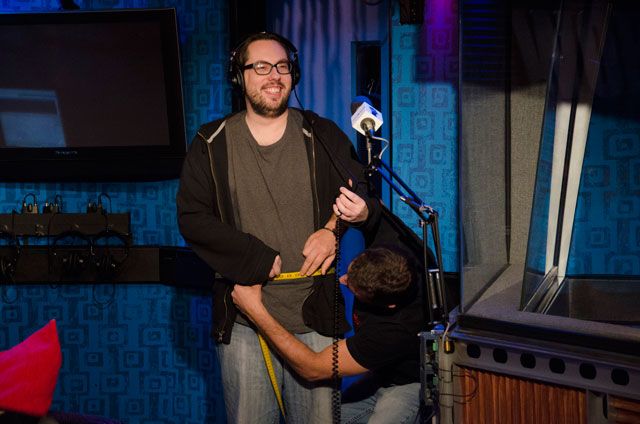 Media Producer JD Harmeyer was lingering in the studio to suggest that Howard play some clips and Howard asked what he’s doing near him with his cough and his weird illness that he’s had for months.

JD mumbled some kind of defense, but everyone in the back office piled on, as usual, and it came out that everyone is annoyed by JD’s constant hacking. Howard said it was due to his unhealthy lifestyle. He doesn’t eat right and he gets little to no exercise.

Stern show executive producer Gary Dell’Abate mentioned that JD’s weight gets slammed so often on Twitter, it might actually have trended a few times. ‘They call him Donald Frump.’

Howard asked that JD eat healthy for just one meal a day, but it’ll never happen, so Howard gave up.