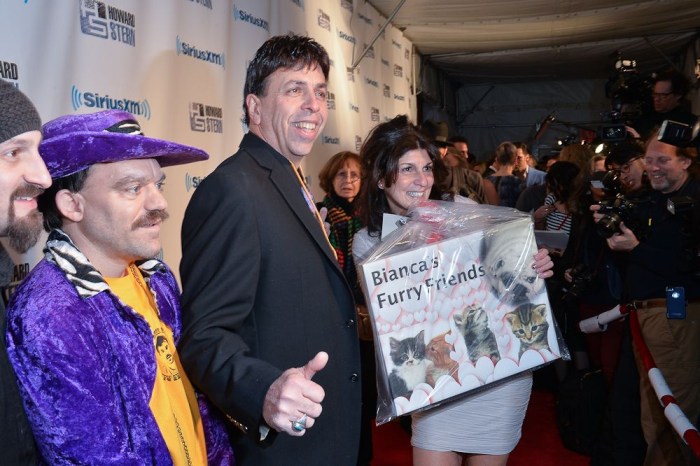 Both Mariann from Brooklyn and Joey Boots called up this morning to defend themselves against allegations that they acted inappropriately at the Birthday Bash.

It was reported that Joey Boots was ungrateful and screaming while Mariann from Brooklyn allegedly snuck down to the VIP floor to talk with her crush, John Stamos. After she was asked to go back to her box, she apparently left an angry voicemail for a SiriusXM executive.

Joey Boots claimed he was grateful and was only “performing” for the microphone Howard 100 News was putting in front of him, which everyone refuted. 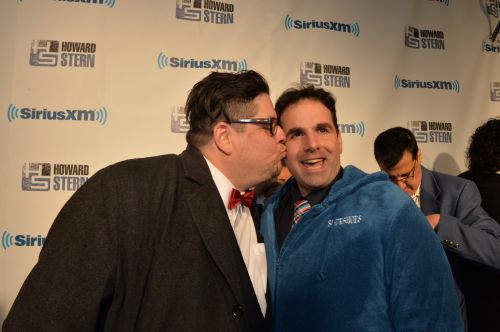 Gary Dell’Abate was upset that Boots acted like the show owed him a ticket and, when he didn’t think he was getting in, he posted the office number on the internet, asking fans to deluge Gary with calls. Howard was astonished. “You’re a terrorist!” he joked.

Though Boots apologized, Gary informed him that “a lot of people in the back office who liked you have a different opinion of you now.”

Mariann denied leaving an angry voicemail. Howard had the message today and Mariann said he couldn’t play it; it was a private message. Except for the part of the message where she clearly states “play this on the air.”

Howard played it and Mariann said she heard her being escorted away from John Stamos. Mariann apologized for her mafia-like message and Howard forgave her, hanging up as fast as he could.