The Joke Man writes a serious song for all to hear 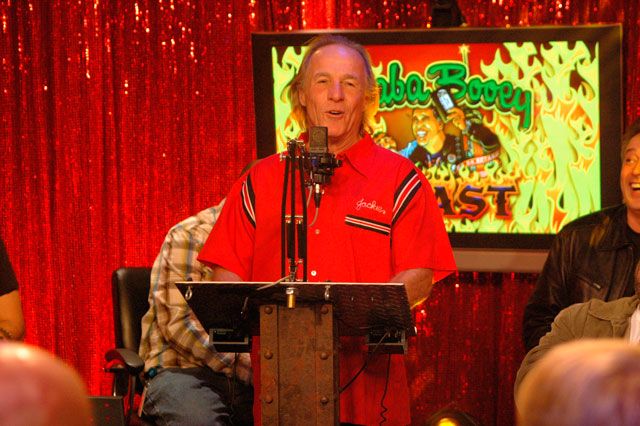 About a month ago, Robin revealed that she’d received an email straight from Joke Land asking her to vote for former Stern Show writer Jackie “the Joke Man” Martling.

He wasn’t running for office or anything, he had written a song and wanted everyone on his email list to vote for it. If the song won, it would be produced by genuine super producers the Ostinato Brothers. The name of the song was “Your Mom’s So Fat,” but it unfortunately did not.

The contest website also featured another another Martling original that did win and was professionally produced — a heartfelt, serious song called “Oowee Long Island” which Jackie wrote before becoming a comedy icon. According to Jackie, he was fed up with people asking him where Long Island was and annoyed New Jersey was getting so much attention, thanks to a young Bruce Springsteen.

Jackie felt that he could become – and maybe did become – the Bruce Springsteen of Long Island.