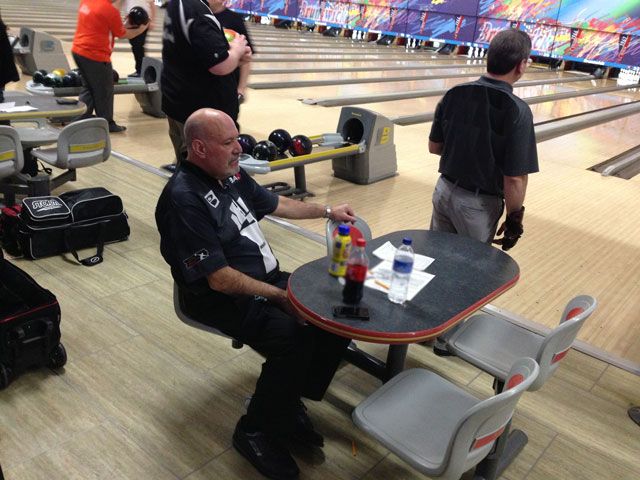 Scott Salem doesn’t have a lot going on – when he quit smoking, his life was reduced to only engineering and bowling.

He is so passionate about bowling that he famously tried to get a few frames in on 9/11, but the rest of his league stayed home with their families, nobody told Scott.

Unfortunately, it doesn’t appear that the thousands of hours Scott has spent bowling have made him all that good. He recently competed in the PBA tournament and bowled poorly, sometimes as low as a 117, and coming out with a final ranking of 443 out 468 bowlers.

He tried to blame it on conditions and ‘oil patterns’ on the lane (if you thought Scott was dull before, listen to him talk about oil patterns).

Howard 100 News reporter Shuli Egar challenged Scott to a contest and Scott immediately wanted to bet him $5,000 that the baldest man (Scott) would win. If Scott lost, he’d have to borrow the money to pay Shuli, but Scott was confident. Howard thought that was typical Scott Salem finance – bet money you don’t have.

Finally, it was settled that a bunch of guys from the show – Gary, Jon Hein, JD, and Shuli would all throw in $500 and the winner would take the pot.

We’ll see how it goes, but let’s just say Scott doesn’t have the greatest luck.

ESPN sat Scott in the first row of the PBA Final Round on Sunday and his mug made it all over TV! Fans sent us their screen shots, see our Facebook gallery below – #FrontRowScott!