Comedic Great (and relatively healthy performer) Fred Armisen is quickly becoming a Stern Show regular. He stopped by the show for the second time today (not including his brilliant performance of the Beatles’ ‘Blackbird’ at the Birthday Bash) and he and Howard shot the shit about women, comedy, his intense fear of heights, and his new gig as the bandleader on Late Night with Seth Meyers.

Here are the highlights from Fred’s interview:

LEADER OF THE BAND

Howard loved the idea of Fred being the bandleader for Late Night with Seth Meyers. ‘It’s a stroke of genius,’ proclaimed Howard.

Fred apparently loved it to, though he admitted that when Saturday Night Live’s – and Late Night’s, and Portlandia’s – executive producer Lorne Michaels calls him up with an idea, he usually just goes along with it.

While Fred is happy to be a part of a great show like Late Night, it’s a full-time commitment. The show doesn’t have a budget to do many cover songs, so Fred and his bandmates have to write most of the songs themselves. At five commercial breaks per show, that’s a lot of intro and outro music!

Fred doesn’t play the drums in the Late Night band, which is typically his instrument of choice, because he didn’t want to be exactly like the Tonight Show’s house band The Roots, another band lead by their drummer.

Fred did sit behind the drum kit that was set up in Howard’s studio, however, and he showed off his skills on the skins.

Howard asked if Fred would be devastated if his gig as bandleader didn’t work out. Fred took a very healthy outlook saying that if something doesn’t work out, it’s probably best for him. Howard marveled at Fred’s Zen-like attitude about everything.

Fred was still honored that Howard asked him to perform at the Birthday Bash. Not only was Fred delighted to thrill the crowd with his out of tune version of ‘Blackbird’ but he even became friends with the great Rob Zombie backstage. The two now text each other late into the night, like school kids, talking about punk music – specifically the Ramones.

The Birthday Bash really brought a lot of people together. 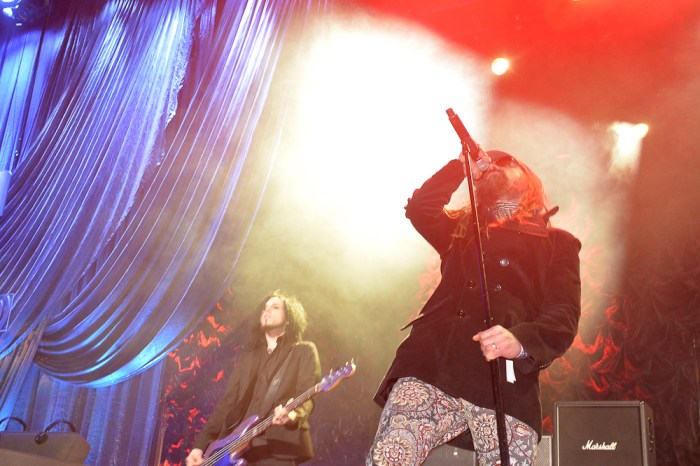 For as healthy and well-adjusted as Fred seems, he does have one wild and irrational fear: heights. Fred is so afraid of being up high. When he’s up at SiriusXM (which has huge windows and seems to me made totally of glass) he freaks out. He has to wear a hood and cup his hands around his eyes. Fred says he genuinely feels like he’s going to fall, despite the thick Manhattan high-rise windows.

Even with his insane phobia, Fred promised he would go to the 100th floor for this show, if he had to. 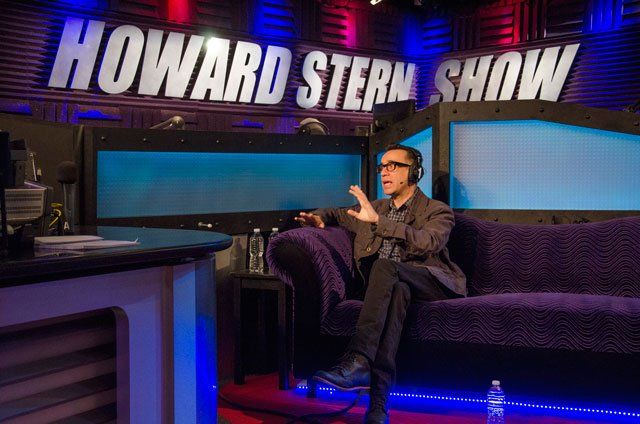 Fred is dating around at the moment and has come to the realization that maybe being locked down with one girl forever isn’t for him.

He did take issue with Howard’s taste in Hollywood women. Fred didn’t give up any specific examples, but when he was pressed for his number one pick, he named the hip folk singer Feist, who Howard had never heard of.

And, as he always is, Howard was interested in how Fred is making out financially. Fred claimed he didn’t know what his Late Night or Portlandia salaries were and said that his finances are unknowable because – among other factors – he gets publishing from the music he writes for Late Night. Rest assured that Fred is doing just fine.

Watch Fred on Late Night with Seth Meyers and Portlandia, on IFC.

Joan Rivers Tells Us How She Really Feels