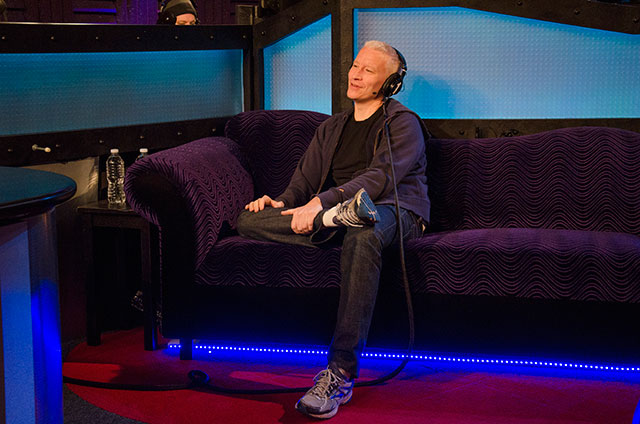 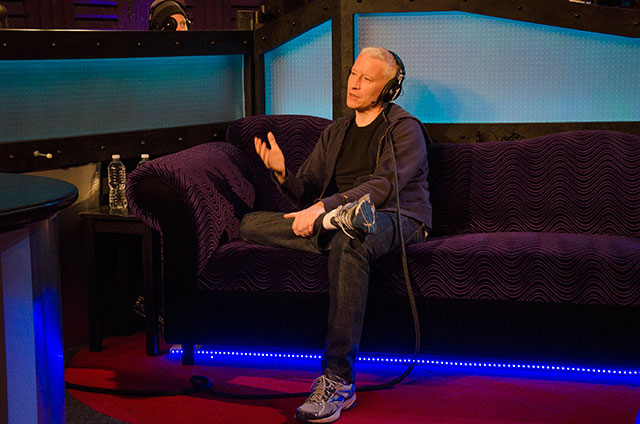 Anderson’s older brother Carter committed suicide in front of their mother when Anderson was away at Yale. Anderson knew his brother was somewhat depressed but had no idea how dark thing were. His brother woke up from a nap, went into their mother’s room, spoke to her, then dashed upstairs and out onto the window ledge, where he eventually jumped, ending his life.

Anderson coped by becoming fearless, traveling to countries in crisis, and videotaping his experiences as stories for the high school news network Channel One.

IN THE CLOSET, PUBLICLY

Anderson knew from age five that he was gay, but it took a while for him to come out publicly. He came out to the people in his personal life by college, but was reluctant to come out to the world at large, not because he was ashamed, but because his work took him to dangerous parts of the world where it was often illegal to be gay. He also felt that with the baggage of his family, he didn’t need anything else that would define him. He wanted his work to define him.

He’s been with his partner Benjamin Maisani for five years and wasn’t sure if they’d get married, but he did reluctantly admit that he loved him. Anderson was very tight-lipped about his partner, but it sounded like they have a good relationship. However, he did hesitate when asked whether or not they have an open relationship. He finally answered by calling himself “traditional.”

He also wouldn’t divulge the size of his penis, but stressed that he’d never gotten any complaints.

THE UPS AN DOWNS OF CABLE NEWS

Howard asked Anderson about the ratings at CNN. Sometimes they’re good, sometimes they’re bad. Anderson stressed that when there’s a big story – 9/11, Hurricane Katrina – CNN does very well, because people want facts. When it’s a slow news month, they tend to slip. “When there’s not a huge news story going on, [Fox News and MSNBC] are entertaining and that’s what people tune into,” Anderson explained.

Howard wanted to know if the lackluster ratings for MSNBC’s Ronan Farrow make Anderson happy. He said they do not. Howard couldn’t believe that Anderson wouldn’t be outraged that they gave such a young kid a daily news show, but Anderson was unfazed. Howard is still upset that they gave the receptionist a morning show at SiriusXM.

While Anderson recognizes that Fox News has its place in the cable TV world, he isn’t looking to jump ship to the more ratings-successful network. Anderson feels that CNN is the place that will send you to the front lines; it’s about reporting on the things that are happening.

Anderson admitted that he did talk to somebody at the “Today” show about the possibility of replacing Matt Lauer if he left, but there was never an offer.

Finally, Howard wanted Anderson’s thoughts on his feud with Alec Baldwin. Baldwin had gone on something of a tweeting rampage, calling a few different people ‘Queen’ and allegedly calling a photographer a ‘c*cksucker’.

Anderson tweeted something like Alec wouldn’t get away with that kind of behavior if he were a conservative. Alec was not in love with Anderson’s comments, firing back on the Howard Stern Show last year. Anderson clarified that he wasn’t a fan of Alec’s statement, but he is a fan of his work and wishes him well.