Pitbull: From His Dad Ditching His Family to Dealing Weapons

Pitbull: From His Dad Ditching His Family to Dealing Weapons

Pitbull’s songs have been burning up the charts the lately, so everyone was excited that the rapper sat down with Howard to tell the story of his life in his own wild way.

He seemed to have a phrase at the ready for every topic, and we made sure to pass them onto you.

Here’s the best of Howard’s interview with Pitbull:

We’re not sure exactly what that Pitbull-coined phrase means, but the rapper was certainly shuffled around a little bit as a kid. His dad split when Pitbull was four and his mom worked hard to make ends meet, even working at a ‘titty bar’ and trying to go to school. At a certain point, when Mrs. Bull was forced to live in a basement, she sent her son from Florida to a Georgia foster home, because she didn’t want him to have to live in the squalor with her. At one point, Pitbull heard some of the people saying the word ‘adoption’ and he told his mom. His mom told him to pack his shit, she was coming to get him.

Pitbull’s dad, though absent, did give him some valuable advice once. He saw his son doing something to the underside of a car. Knowing Pitbull was no mechanic, he warned him that whatever he was doing would either kill him or send him to prison. Pitbull admitted that he was involved in the weapons trade, and he took his dad’s advice and left it behind.

Pittbull started rapping locally, making what he called music for the streets. He exclusively rapped free-style, until a rapper named Irv Gotti pointed out that ‘that shit don’t make no f*cking money.’ Look at the word, Pitbull said, ‘FREE Style’. 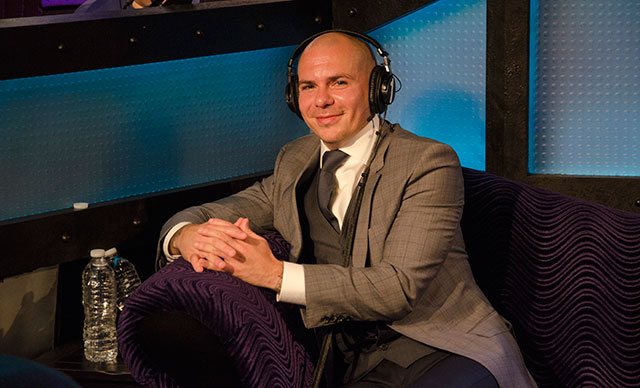 SUCCESS – ‘THEY SUCK YOUR CESS’

We have no idea what Pitbull meant by ‘cess’ unless he was using the Scottish term for taxes – which does make some sense – but we can figure out what he mean by ‘Success means they suck your cess’. Basically, reaching the top can be a draining experience

Pitbull started writing music and, as you know, became a success. He hooked up with 2 Live Crew’s Luther ‘Uncle Luke’ Campbell – who was known for his wild stage antics, including receiving oral sex onstage – and secured a spot as his opening act. The first time he went onstage at a Luke concert, he was so wasted on cognac and beer that he was spitting complete nonsense, although he thought they were fully-formed thoughts. Luke got him off the stage, but thankfully stood by him and he continued to tour all over the south. 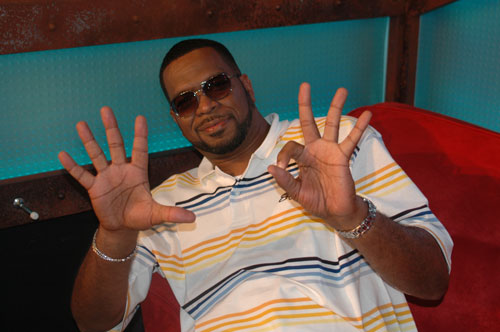 Now Pitbull works with the likes of Shakira, Jennifer Lopez, Kesha and Nee-Yo. It’s a whirlwind, but Pitt is enjoying his career.

Howard wanted to know if Pitbull felt people being jealous of his success. Pitbull does feel it, and there are those who say he should continue to make music for the streets. Pitbull is looking beyond that though, he revealed. He wanted to elevate the streets.

‘Money is a piece of shit’, Pitbull said. ‘If you break down success, it’s sucking your cess.’ And there you go. He also threw in that money is supposed to be the root of all evil, yet it has ‘In God We Trust’ written on it which is also … something.

In Pitbull’s world, money can actually be insult. A fan got rowdy recently and started throwing money at the man when he was trying to entertain. He was so annoyed by it that he decked the guy in the face. Pitbull called it a ‘lucky punch’.

Howard asked him about Lindsay Lohan suing him for the lyric ‘I got it locked up like Lindsay Lohan’, Pitbull laughed it off and said that it wasn’t meant to be insulting. Lindsay lost her case. 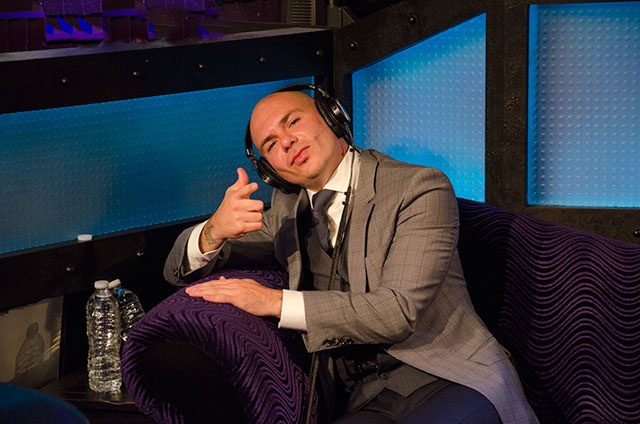 Amy Schumer Tells Howard All About Her First One-Night Stand