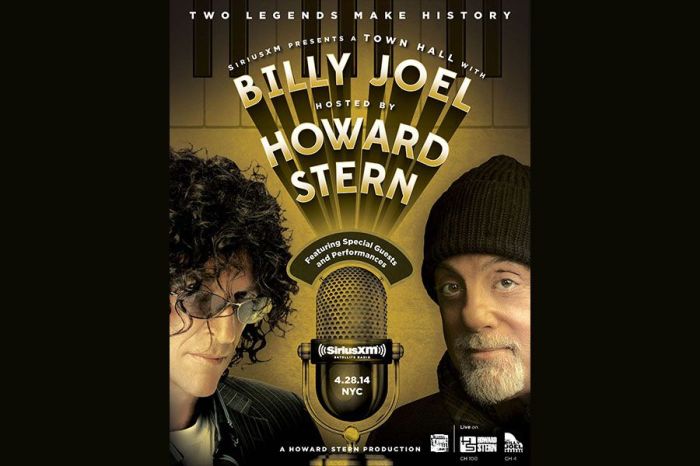 Howard made a big announcement this morning: for the first time ever, Howard will host a SiriusXM Town Hall with the Mozart of our time, Billy Joel!

There will be musical artists who were influenced by Billy and they will perform for and with him.

Stay tuned to see what else he’ll reveal in the next two weeks!

– When Howard was talking to Carol Leifer about her ‘skinny mirrors’ episode of Seinfeld, he revealed that he had actually sent a lighting guy to his gym to study why he looks so good there and so horrible in his apartment. Howard thought the lighting must have been incredible at his gym, but the lighting specialist informed him that it’s just ‘dark’.

– Bid on your chance to sit in the stern Show studio for Robin’s News!